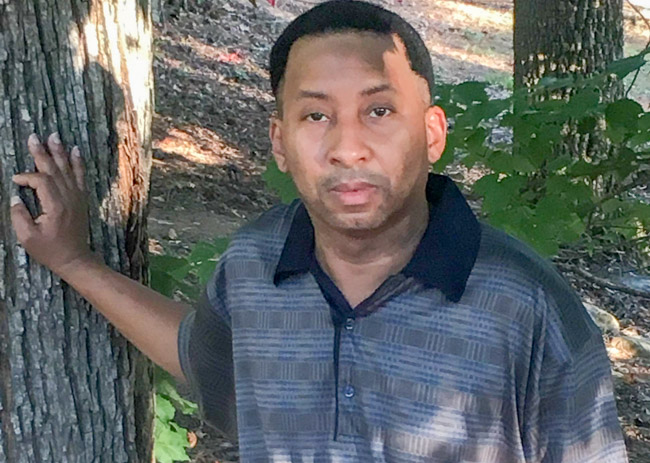 Herring (photo) has been looking at the Ward A race for “quite a while,” he said.

“I felt that East Point needed some diverse voices and also some voices who understand what the average citizen is experiencing in East Point,” he told Project Q Atlanta. “East Point has a lot of blue-collar workers and that’s what background I come from. The more people I met and the more I got involved in the city, the more I wanted to be involved in leading the city.”

But if Herring is going to succeed Councilmember Alexander Gothard, who is giving up the seat, he’ll have to do so as a write-in candidate. He missed the qualifying period due to a personal matter.

“My mom had her second stroke and I’ve been caring for her,” he said. “She has been recovering tremendously thanks to God and she told me, ‘You need to do this, you need to run. I believe that you have a voice that they need to hear, and you need to do this. God’s got me and he’s gonna have you too.’”

“I couldn’t argue with that,” he added.

Herring, who is the property manager at Shoppes of Greenbriar, is a familiar name at East Point City Hall. He is chair of the East Point Municipal Utility Advisory Commission.

And in December, he went to local media after city officials failed to fix an issue with raw sewage coming into his home. Herring said the city serviced his entire neighborhood the day after the CBS46 segment ran.

“Sometimes you have to shake the tree to get the best apples,” he said.

City utilities will be a “major issue” of Herring’s campaign.

“I’ve had enormous light bills without any explanation,” he said. “It’s still a work in progress and it’s something the community has to be involved in and in the loop in. I just really believe the city has got to make sure it communicates effectively with all the citizens in the city.”

“Our more vulnerable citizens need us to make sure that this is a city that works for them too,” he said. “I want us to keep East Point a very desirable place to live. We’re getting there, but maybe we need a little more work and some new hands and new faces to push that progress along further.”

Herring said East Point’s LGBTQ citizens need to be represented on city council, and he would be proud to become its fourth LGBTQ member. Out Councilmember Lance Rhodes retired in 2015 after three terms in office.

“We have a strong gay and lesbian community here in East Point and we need to make sure that we have that same representation in sections of power,” he said.

Herring acknowledged that winning the Ward A seat as a write-in candidate is an “enormous” challenge. Lance Robertson and Davion Lewis will be the only two candidates on the ballot.

“It’s gonna take a lot of grassroots work,” he said. “I’ll have to work three times harder than the other qualified candidates, but I still feel like this is what I need to do and this is where I need to be and I’m just ready and hope that the citizens will embrace me and vote for me.”

Three LGBTQ candidates have made unsuccessful bids for East Point City Council over the years. Ken DeLeon ran in 2009 and 2015, De’Andre Pickett ran in 2013 and Christopher Weed ran in 2017.