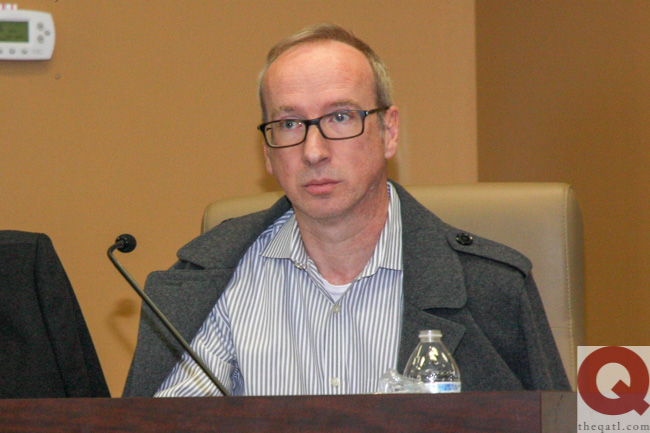 The Chamblee City Council unanimously selected City Councilmember Brian Mock as mayor pro-tem, the second LGBTQ official to be picked for such a post in recent weeks.

“It’s an honor to serve my peers and my city in this capacity,” he told Project Q Atlanta. “There are so many great things happening in Chamblee, I look forward to continuing what we have started. It’s a team effort, I’m fortunate to be part of a great team.”

It's the second time Mock (photo) has held that position, according to a press release. The council voted on it during their Jan. 21 meeting. Mock was elected an at-large member of the council in 2013.

The Doraville City Council unanimously selectedCouncilmember Stephe Koontz as mayor pro-tem earlier this month. She is the only openly transgender elected official in Georgia.

Mock sponsored a broad LGBTQ-inclusive nondiscrimination ordinance that the Chamblee City Council passed unanimously in April. Chamblee was the fourth city in Georgia to adopt such protections. Brookhaven became the seventh and latest city to do so earlier this month.

Mock also led a successful effort to make Chamblee the 12th local government in Georgia to decriminalize possession of marijuana in October.

Mock and four other Chamblee councilmembers marched in the Atlanta Pride parade in October.

Mayor Keisha Lance Bottoms is converting more than 100 single-occupancy restrooms in city facilities – from City Hall to the Atlanta airport – to...
Read more