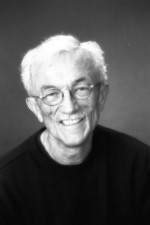 The Atlanta Gay & Lesbian Chamber of Commerce, savvy business group that it is, knows a bargain when it sees one. So the organization extended its early-ticket pricing to the Community Awards Dinner, giving you an extra two weeks to nab your spot at the special evening at a discounted rate.

The black-tie optional event, set for Aug. 28, is built around a handful of awards recognizing the businessman and businesswoman of the year, member of the year and community ally.

The group is also honoring Jesse Peel (photo), a psychiatrist and early leader in the fight against AIDS who helped start Positive Impact and was instrumental in the creation of the Atlanta Interfaith AIDS Network. Peel will receive the chamber’s Lifetime Achievement Award.

The Community Awards Dinner takes place in the Oceans Ballroom at the Georgia Aquarium and includes a VIP reception, silent auction, dinner and tour of the aquarium. Tickets are $99 for general admission and $135 for VIP admission. But hurry, as the discounted prices end Aug. 15.