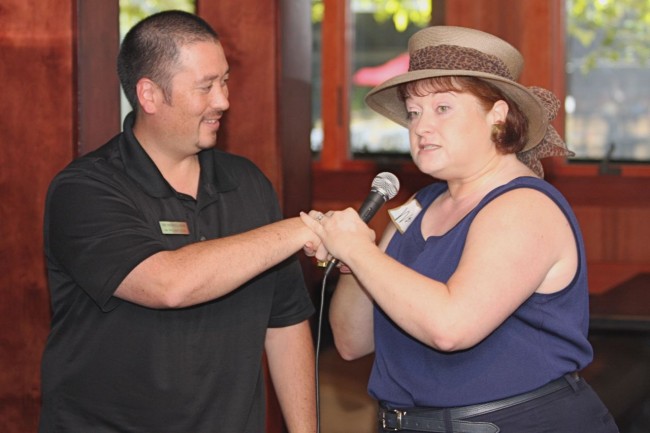 PHOTOS | “Networking to Pump Up Your Wallet” with AGLC on Oct. 11

‘Tis the season for parties and the Atlanta Gay & Lesbian Chamber Commerce offers their rendition on the holiday classic Wednesday with a two-hour event in Midtown.

Of course, there’s plenty of networking to be had, door prizes and cocktails during the event at Einstein’s. It is a holiday party, after all. Just don’t bother wearing your favorite puff print reindeer sweater. 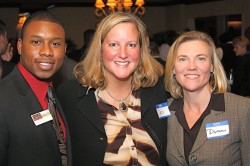 Don’t let the holidays fool you, though. The gay chamber has been busy this quarter, offering a high-energy session on networking tips, heading to Underground Atlanta for its monthly 4th Friday Networking and celebrating companies in Atlanta that nab perfect grades on an equality scorecard. 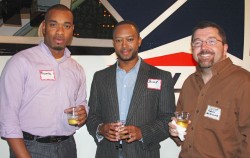 On Oct. 23, the chamber went to Underground Atlanta for its 4th Friday Networking event (bottom photo). The evening offered a tour of Haunted Atlanta from Atlanta Trolley Tour Line, which is owned by AGLCC’s Business Man of the Year JR St. Jean.

On Oct. 11, networking expert Wendy Kinney (top photo) revealed her tips during “Networking to Pump Up Your Wallet,” a special gathering of AGLCC’s Business Builder Lunches.

View the full event listing for the AGLCC Holiday Party.