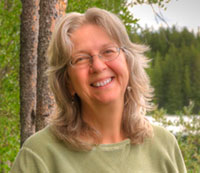 When Linda Bryant started the lesbian feminist bookstore Charis Books & More in 1974, she probably wasn’t’ thinking that her impact there would garner a Lifetime Achievement Award in 2010.

Well, the Atlanta Gay & Lesbian Chamber of Commerce obliges on Friday at its Community Awards Dinner at the W Midtown Hotel. The event draws hundreds each year to celebrate the success of gay-owned and gay-friendly businesses.

“I’m sort of humbled by it,” Bryant says. “It’s like ‘Lifetime Achievement—wow, I’m only 62.’ But I feel quite honored to be recognized in this way and so grateful to be able to do this last 35 years of work in the community, surrounded by community, supported by community, and enlivened by community.

“That’s the context of it for me, because it’s never been work I’ve done by myself,” she says. “It’s always been something made better by staff and customers who have made Charis a home and offered their questions, their nudging toward growth, and an insistence on being included even if they were invisible before.”

Change is the other thing that Bryant thinks of when she ponders the last 35 years of the business she founded.

“We have all learned so much about who makes up this community,” she says. “At Charis, it used to be the lesbian community, then the lesbian and gay community, and now we have such a broader perspective of what it means to be part of a queer community. I think we’re brought into our own wholeness by that.”

Bryant has told Project Q Atlanta that she is grateful and proud for the legacy she was able to leave behind at the bookstore as well as the programming of its non-profit arm Charis Circle, which started in 1996.

“I am in my 60s now and still wanting to follow where I’m led by the ‘still small voice’ within—that voice that tells me there is other work for me to do now, to be open, to continue to seek guidance, to continue to find ways to serve,” she said upon her retirement from the bookstore in January.

Bryant is on the council of Circle of Grace Community Church, studies the spiritual direction and continues her dedication to V-Day, a global movement to end violence against women and girls, as well as Women’s Action for New Directions.

AGLCC’s annual dinner honors business people like Bryant each year. Multiple events each month bring LGBT professionals together for networking, social hours and seminars to enhance their careers. The awards dinner is its biggest event of the year.

The gay business group announced the more than two-dozen nominations for the five honors it presents Friday at its July networking event.

The dinner’s other awards and nominees include:

Guardian Angel
(Non-profit leader or organization who provides exceptional service to the LGBT community.)
For the Kid In All of Us
Gay Fathers of Atlanta
Out on Film
Positive Impact
Stonewall Bar Association