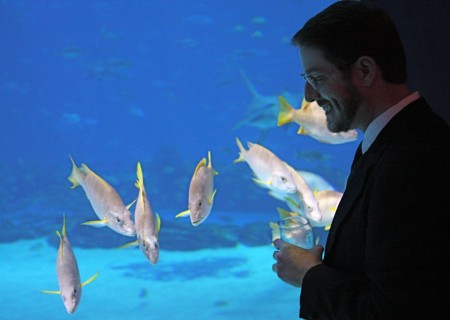 The event unfolded in a ballroom of the Georgia Aquarium that was flanked by two floor-to-ceiling exhibits as the chamber honored several people for their contributions to LGBT organizations. The evening kept going with an After Party at the recently refashioned Artmore Hotel in Midtown.

The event honored Jesse Peel (photo right), who received the chamber’s Lifetime Achievement Award for his work in establishing several HIV agencies in the early days of the epidemic. Peel, a psychiatrist, helped start Positive Impact, was instrumental in the creation of the Atlanta Interfaith AIDS Network and served on the board of several other LGBT groups.

Next up for the chamber is its WOW Wednesday on Sept. 9. The session will explore legal issues facing LGBT people. The chamber also hosts six Business Builder Luncheons each month.