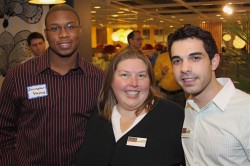 Noshing on Swedish meatballs and tasty wine was the order of the evening for the 4th Friday Networking event last week as it moved to IKEA in Atlantic Station.

The iconic (and gay-friendly) retailer hosted the Atlanta Gay & Lesbian Chamber of Commerce’s monthly event on Friday, carving out a corner of its second-floor eatery for the occasion. IKEA officials also announced the launch of a large renovation to the store as it approaches its fifth anniversary this spring. 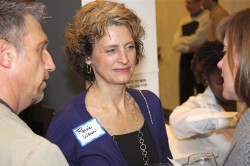 IKEA, with 301 stores in 37 countries, is credited with airing the first commercial airing a gay couple. Though it appeared just once in 1994, the company later ran additional commercials with gay couples and a transgender woman.