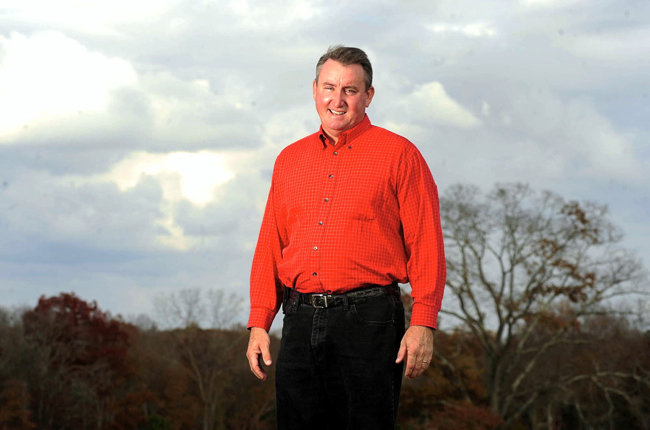 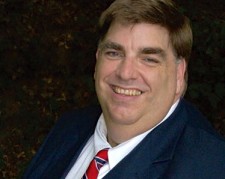 Riley, who is on his honeymoon with his longtime partner this week, had to decline an invitation to a candidate forum hosted by the Barrow County Chamber of Commerce. He’s sending his campaign manager to the event, which is set to welcome Ginn (top photo) and the challengers in two more local and state races in the county on Wednesday.

The absence of Riley (second photo) is apparently a relief for Ginn, a good old boy with a freshman term under his belt who engaged in a not-so-thinly veiled attempt at gay-baiting – the old “gay and gay-friendly are bad, so vote for me” argument – on Monday.

In 2010, Democrat Riley challenged Republican Ginn for the state Senate’s District 47 seat and lost. Riley did not face a challenger in this year’s Democratic primary and takes on Ginn again in November. The two met publicly during the 2010 race, when Ginn got a bad taste in his mouth for his gay challenger and is glad Riley won’t be at the forum, according to the Barrow Journal.

Ginn said Monday that after mutual campaign appearances in 2010, he personally does not feel comfortable appearing with Riley.

“I really don’t like being on the stage with this guy,” Ginn said. “He’s just not my cup of tea.”

Gay baiting much? And when the opponent is out of town and can’t defend himself, too! Sadly, it can work with some voters. Ask gay former state Rep. Rashad Taylor of Atlanta, who ultimately lost his re-election bid after the circulation of an anti-gay flyer about him.