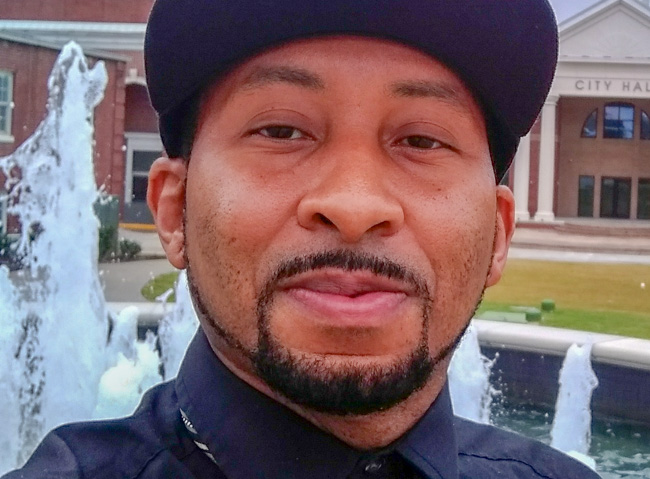 A gay candidate for East Point City Council sued the chair of the Fulton County Elections Board and asked her to reveal the vote totals in the race.

Mike Herring (photo), a civic activist who ran as a write-in candidate for the Ward A seat in the November election, sued Mary Carole Cooney in Fulton Superior Court in November. He claimed that the election was “erroneously certified” and that the winner — Lance Robertson — did not meet the qualifications to run.

“East Point residents need to know they can trust not just the electoral process in this city, but the people who have been granted the authority to oversee that process as well,” Herring told Project Q Atlanta.

“Unfortunately, that trust has been severely compromised, and quite frankly, voters in this city have been left in the dark and unilaterally disenfranchised as a result of an election that was a complete farce,” he added.

Gay educator Davion Lewis qualified for the race, but was then disqualified just one day before the Nov. 5 election. Two weeks of early voting had already occured by then. The city clerk cited an East Point resident’s complaint that Lewis moved to the city in December 2018, but candidates are required to live in the city for at least one year before an election.

Robertson won the race with 357 votes. Some 107 write-in votes were cast. But the city clerk refused to release the number of votes cast for Lewis or Herring. Both called for the election to be redone in the days following the race.

Herring filed his lawsuit on Nov. 19.

“It is my contention that this election was erroneously certified in violation of [Georgia law] which states, ‘No candidate shall be nominated unless such candidate … received majority of votes,’” Herring said in the lawsuit. “Due to the late disqualification of fellow candidate Davion Lewis, votes attributed to him were disregarded, but I contend should by law be figured into said ‘majority.’”

Herring claimed that East Point voters had their state constitutional rights violated, according to the lawsuit.

Herring also questioned whether Robertson met the requirements to qualify for the race and whether he was a registered East Point voter, according to the lawsuit.

“It's not easy taking on the system, but I filed the suit because it was the right thing to do, in part because we must make sure this sort of unconstitutional nonsense never happens again in East Point,” Herring told Project Q.

The case has yet to have a first hearing.

Cooney, Robertson, Lewis and a Fulton County spokesperson did not respond to Project Q’s questions about Herring’s lawsuit.

The Secretary of State’s office is investigating Herring’s complaints, but it does not have the authority to redo an election, according to a spokesperson.