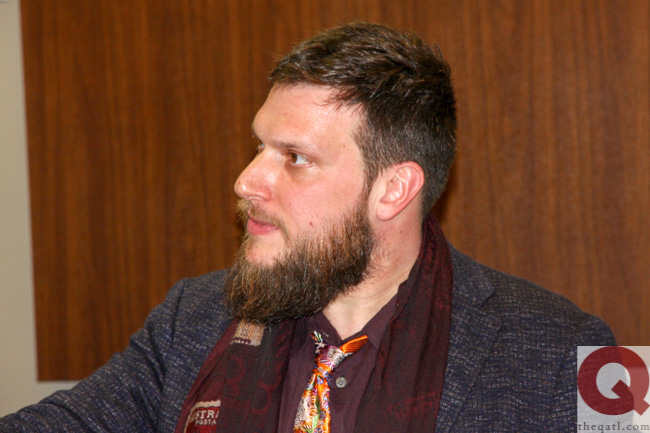 A gay longtime City Hall watchdog will appeal a decision by Atlanta’s top elections official to disqualify him from a race for Atlanta City Council.

“The powers that be at Atlanta City Hall are terrified that I will bring an extraordinary level of transparency and accountability to city government and that I will fight for the rights of ordinary people to participate and be heard,” Cardinale said in a press release.

“They are afraid of an end to business as usual. The City of Atlanta is violating the rights of the people of District 3 to vote for the candidate of their choice with this frivolous and erroneous decision,” he added.

Cardinale presented evidence at a Feb. 13 residency challenge hearing showing he’s lived in the Hunter Hills Community in District 3 since Feb. 14, 2018. He said he lived in an Airbnb rental in Atlantic Station from Jan. 14 to Feb. 14, 2018. When added together, Cardinale said his time at the two residences exceeds the one-year requirement.

Webb said his decision to disqualify Cardinale was based on his opinion that housing through a service like Airbnb is “inherently temporary.”

“Unlike hotels, Airbnb bookings are not generally considered to be of a continuous nature based on the guest’s desire to remain and ability to pay,” Webb said in his decision. “It is my opinion that a rental through Airbnb is short-term and not indefinite or continuous.”

Webb also said that Cardinale did not adequately prove that he intended to make District 3 “his permanent place of abode.”

Cardinale argued that under the city's own ordinances, his 32-day stay in an Airbnb exempted him from paying hotel taxes as the city code considered him “a permanent resident.”

Cardinale said he will file an emergency appeal with the Fulton County Superior Court and ask for a stay in the election. He will argue that Webb’s ruling is a violation of the Equal Protection Clause of the 14th Amendment of the U.S. Constitution. Cardinale entered a pocket version of the Constitution into evidence at his Feb. 13 hearing.

“It shouldn’t matter if someone lives in a rooming house, their car, a trailer, a homeless shelter, a treehouse, a street corner, an extended stay hotel, an Airbnb, the Ritz Carlton or the Waldorf Astoria,” he said in the press release. “We all should have the right to participate in democracy, as long as we had one year of residency in District 3.”

This won’t be Cardinale’s first time taking the City of Atlanta to court. In 2011, he filed a pair of lawsuits against the city over closed-door meetings held by the council. The Georgia Supreme Court ruled in his favor in 2012, saying that the city violated the state’s Open Meetings Act. He later showed off the checks that the city cut him as a result of the ruling.

Tuesday is the final day to register to vote in the race. Early voting begins Feb. 25 and lasts through March 15.