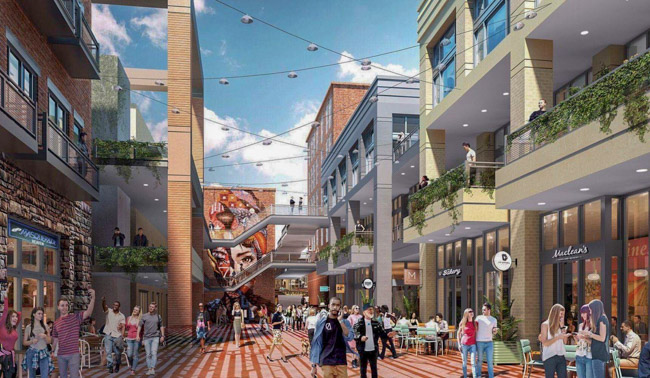 A pair of gay Atlanta nightlife veterans are preparing to bring a two-story, 14,000-square-foot cabaret and dance club to downtown Atlanta.

The club — called Future — is the brainchild of Keith Young and Hoosh Mishu, the owners of the after hour event series Xion. Young also co-owns Midtown Tavern, which opened in March.

Young said he was leery about opening a venue at Underground at first because of the area’s reputation for crime. Then a series of noise complaints lodged at Midtown bars, and the Midtown area’s own issues with crime, convinced him otherwise, he told Project Q Atlanta.

“I come from Pittsburgh, and downtown is everything — everything happens downtown,” Young said. “To me, the future of Atlanta is shifting to that area. Even since we started working on this deal down there, so much has happened in the past six months — it’s just totally changing.”

Young and Mishu signed a 10-year lease at 180 Lower Alabama St., and they contracted Walix Construction to demolish the existing retail spaces and construct the new venue. Planning Interiors, Inc. is handling the design and architecture.

Young said permits are in process and that he expects the club to open in “several months.” He added that he and Mishu’s investment in the project is in the seven-figure range.

While the club will be geared toward LGBTQ patrons, Young said they will rent out the space to others as well.

“We’re going to work with Heretic, work around their schedule,” he said. “So, the nights that they have something big, maybe that’s the night that we rent the club out to somebody else and collect income that way instead of trying to fight for the same crowd.”

Future will be one of the many tenants taking part in the remaking of Underground Atlanta (top photo). WRS Inc. bought the four-block property in spring 2017 and got to work developing it into a mix of housing, retail, office space and a hotel. The first phase of the project is expected to be complete by spring 2019, reported Atlanta Business Chronicle.

The changes at Underground Atlanta are part of more than $4 billion worth of new projects in the works in historic South Downtown, according to Saporta Report.

Young said the developer has been very welcoming about having an LGBTQ business at Underground. Charlie Brown’s Cabaret once called Underground home but has long since closed.

“I’m not really concerned about being in a gay area or not a gay area,” he said. “The developer is putting hundreds of millions of dollars into this development, and it’s going to be amazing.”

Phoenix will be Future’s entertainment director and will produce two cabaret shows a night for three or four nights a week.

“I’m definitely very excited about having a cabaret in the city, because as great as the shows are that I currently am in, there’s something so different about having a stage with the curtain and the lighting and effects,” the entertianer said. “I’m excited to have that element back in the city.”