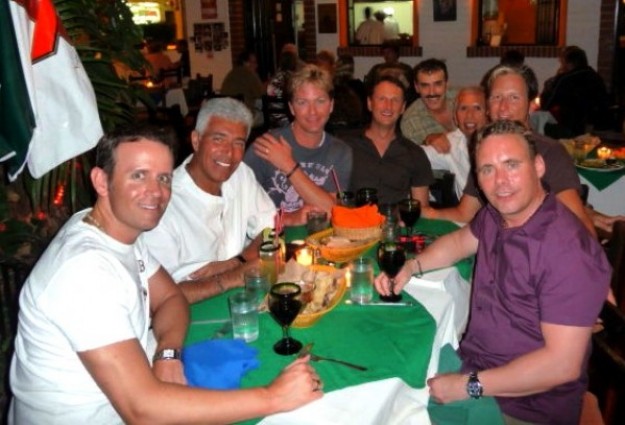 Everyone has an opinion, and no one’s being shy about it on the ballot for Bestest of the Best of Gay Atlanta. Everyone can agree on some restaurants, shops and services, but a battle royale is heating up between fans of other favorite gay-owned businesses.

Of course it’s all in fun so we can party on Nov. 15, but some voters are taking it seriously. Like the Bestest bar wars in Nightlife and wobbling People meter, a write-in could take it from the presumptive winner in multiple Food, Retail & Service categories, too.

So yeah. Unless you open an epic gay-owned gift store or underwear boutique in the next four days and get everyone and their dog to vote for you, there’ll be no surprise when Brushstrokes and Boy Next Door sweep their categories with nearly 100 percent of our hundreds of votes. And you better hurry if you like a patio better than Joe’s on Juniper.

As of Friday at noon, two votes separate Las Margaritas and No Mas Cantina. Same goes for Roxx, Midtown Kitchen and La Tavola in a three-way headlock for Bestest Overall. Bestest Brunch may be the gayest meal of the week (top photo), so no wonder it’s a literal dead heat between Radial Café and Einstein’s with Ria’s Bluebird not far behind.

And in this corner, Justin Ziegler and Chris Hough are wrestling back and forth for Bestest Realtor, Helmet is currently smoking the competition for Bestest Haircut, and less than 10 votes separate Actor’s Express, the Fox and the Alliance for Bestest Theatre. Bestest Gyms Gravity Fitness and LA Fitness are topping Urban Body right now. That’s hot.

If you love one of these a little more than the others, you need to keep voting. If you’d rather see someplace else take it, start writing in your favorite. Voting is unlimited, so do it now and often until midnight on Nov. 12. You can also join the campaigners who share the Bestest Ballot on Facebook and Twitter to sway voters. Whoever you like for the wins, RSVP for the Bestest Bash. That’s where win, lose, draw or also-ran, every LGBT and allied person in Atlanta is invited to party with us about it.