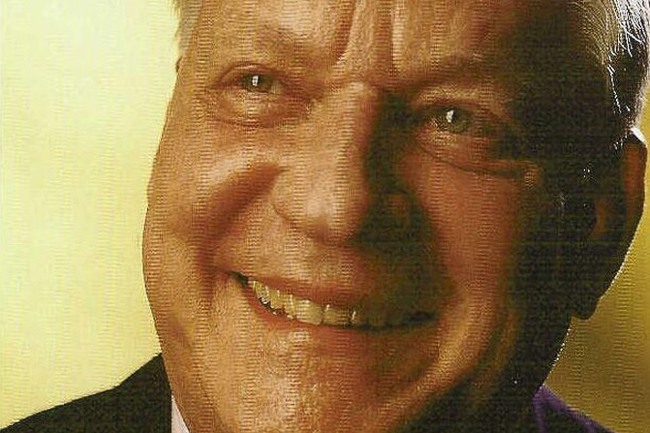 Allen Jones, the Atlanta Executive Network founder who friends hailed as an “unsung hero” of LGBTQ Atlanta, died on Sunday at the age of 82.

Jones’ (photo) family is planning a memorial service at H.M. Patterson & Son funeral home in Midtown, according to his nephew, Andy Jones.

Allen Jones helped fight the HIV/AIDS epidemic in its early days and mentored some of Atlanta’s top restaurateurs, but he’s best known for founding LGBTQ business networking group AEN in 1992.

Jones was a trailblazer, according to longtime friend, LGBTQ civic activist and politico Ken Britt.

“The thing about Allen was he was a doer,” Britt told Project Q Atlanta. “He had a vision and delivered on that vision. He was one of the few successful openly gay men when most of us were not out. He really led the charge for most of us.”

“[AEN] helped show another aspect of the gay community,” Koval said. “What [Jones] did was amazing.”

“Allen wanted us to see our potential and didn’t want us to buy into the idea that being gay limited our potential, particularly as to succeeding in our business and professional lives,” he added.

Jones served as AEN’s president for the organization’s first five years and continued hosting monthly networking luncheons for years after his term ended, according to Joshua Lorenz, president of Metro Atlanta Association of Professionals. AEN relaunched as MAAP in 2014.

“Allen Jones was a true visionary, dedicating years of public service to the LGBTQ+ community,” Lorenz said in a press release.

Jones was a Georgia native who graduated from Georgia Tech in 1960, according to his LinkedIn page. He found early success in life insurance and investment banking, then served as a business consultant for the remainder of his career.

He co-founded the HIV/AIDS service organization Helping Hands of Atlanta in the 1980s, according to Britt.

Jones was one of 30 LGBTQ Atlantans honored by the Gay & Lesbian Alliance Against Defamation in 2011.

Some of Atlanta’s top chefs honored Jones for his business mentorship in 2012. Eater Atlanta called him “the business mastermind behind a large share of our city’s most successful restaurants.”

Jones scaled back his work in the last few years due to health issues, according to Britt. He died at assisted living facility Signature Healthcare of Buckhead, where he resided for the past four years, according to Andy Jones.

A collection of Jones’ papers covering his work with Helping Hands of Atlanta and AEN is housed at the Atlanta History Center.