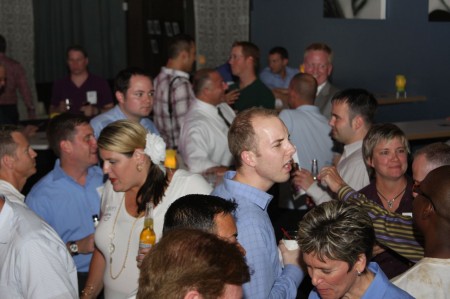 The Atlanta Executive Network broke from its usual routine of gathering around tables for networking before a speaker on Thursday, instead turning to an evening of more informal networking around a Midtown bar.

The crowd of more than 75 people didn’t seem to mind as they downed cocktails and hors d’oeuvres, made introductions and even enjoyed a few rounds of pool at Bellissima for the gay business group’s Summer Party.

Up next for AEN: City Council President Lisa Borders, who is also campaigning for mayor, is scheduled to speak to the group Aug. 20.