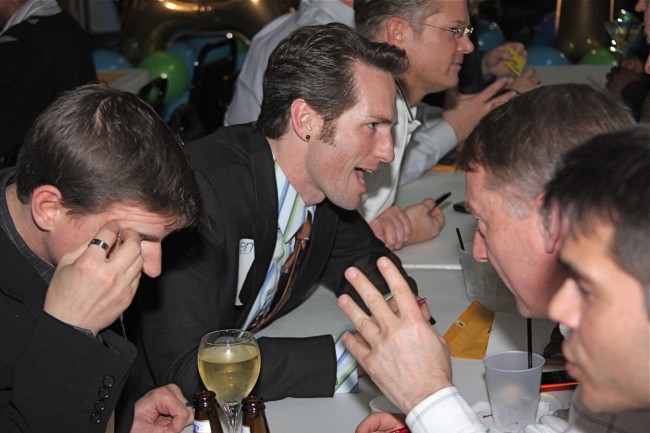 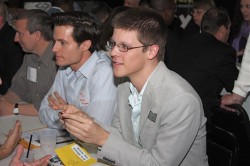 Two of gay Atlanta’s leading business networking groups combined forces last week for their own twist on speed dating and March Madness. The result was a crash course in networking.

More than 200 people took part in the annual event, which offers tips on networking to the assembled business professionals and then puts them to work with a course in speed networking. After a group of gurus from the Atlanta Executive Network and Atlanta Gay & Lesbian Chamber of Commerce offered their lessons on self-promotion — but in a positive business sort of way — the crowd rapidly moved its way through networking with one another across long tables set up on what is usually the dance floor at Jungle. 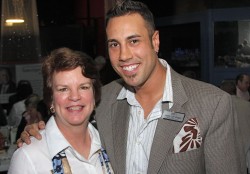 The two business groups combined forces for the event, which proved popular last March when it debuted with more than 175 people. (Last year, AEN partnered with Out & Equal Atlanta for the crash course.)

Up next for AEN: The debut of the group’s new Mix & Mingle event at Bellissima on April 8. The gay chamber hosts its monthly 4th Friday Networking at the Artmore Hotel on April 23.