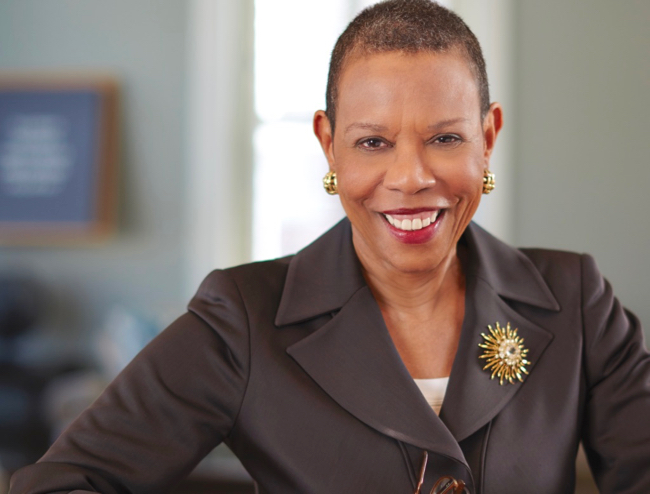 Spelman College has created a queer studies curriculum thanks to a $2 million matching gift from a gay philanthropist.

The chair of the program will teach queer studies through the school's Women's Resource & Research Center. It’s the first-ever chair of its kind at a historically black college or university, according to the school.

“Spelman College has long been at the forefront of LGBTQ inclusion and education among HBCUs,” Stryker said in a press release Tuesday. “By supporting this chair, the goal is to engage and empower the next generation of LGBTQ advocates to create a better world.”

The queer studies chair enables the school to “build on one of its strengths, and that is Spelman’s educational inclusiveness,” according to Spelman President Mary Schmidt Campbell (photo).

“Jon Stryker's generous contribution to further his commitment to LGBTQ inclusion and education will allow Spelman students to deepen their understanding around the study of sexuality and gender,” she added.

The school will immediately start a fundraising campaign to raise $2 million for the program, which will be matched by Stryker.

Stryker is the founder and president of the Arcus Foundation, a grant-making organization that supports LGBTQ rights and conservation of the world's great apes. The Arcus Foundation gave a grant to Spelman in 2009 to house and display Lorde's personal papers and other artifacts, according to the press release.

“Our mother was deeply committed to LGBTQ youth and believed passionately in the power of scholarship, which to her meant learning plus excellence,” they said in a joint statement. “She knew Spelman is a place where that magic happens, which is why she wanted her papers there, and she would be thrilled at this gift.”

A string of anti-LGBTQ notes were found on the Spelman campus in April 2018, including anti-trans notes directed at the president of the school's LGBTQ student group. Campbell had a stern message for the perpetrators: “You are not Spelman.”

Keo Chaad O’Neal became the first openly trans man to graduate from the school in May 2018.