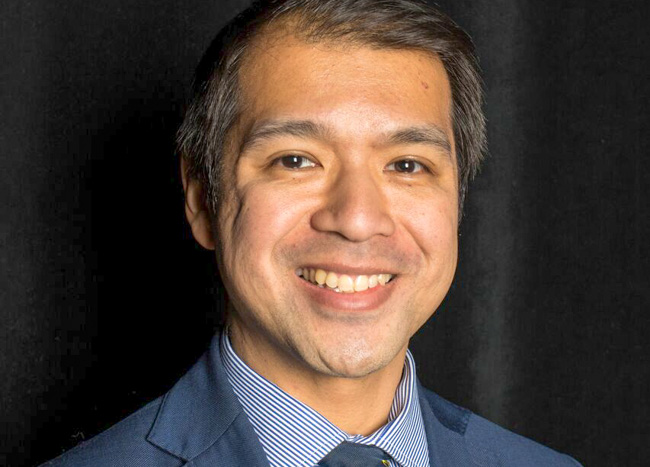 Out attorney Marvin Lim wants to put his experience lobbying against anti-LGBTQ “religious freedom” bills at the state legislature to use – by becoming a state lawmaker.

Lim (photo), 35, announced his candidacy for the 2020 race for House District 99 on June 4. The district in Norcross is currently represented by Rep. Brenda Lopez Romero, who is running for Georgia’s open 7th Congressional District seat.

Lim was born in the Philippines and moved to Atlanta with his family when he was seven. They had money struggles, and Lim’s father at one point moved away from the family for a job in South Georgia.

“I thought, why isn’t there more of a social safety net? The American dream is about working hard and we’re all working so hard,” Lim told Project Q Atlanta. “I just think the state can do better for my family and lots of other people in similar situations.”

“America and Georgia have given us a lot, but it can do a lot better,” he added.

Lim is an associate at Holcomb + Ward, a small boutique law firm in Atlanta. While mulling the political run, he sought the advice of two other attorneys at the firm who know a thing or two about working under the Gold Dome — state Rep. Scott Holcomb and state Sen. Elena Parent, both Democrats from Atlanta.

“I really wanted the perspective of people that have done that work because it is very tough work, particularly being a progressive, being a Democrat, even in my district,” he said. “We know the political realities. This is a conservative state.”

Lim lobbied for the ACLU on several issues, including “religious freedom” bills, criminal justice reform and privacy rights. The experience taught him the importance of establishing common ground with legislators.

“A big part of my identity with religious liberty is that I grew up being Catholic,” he said. “It’s about a social justice tradition that I grew up in, and I think that was something people could identify with.”

“You have to work with all sorts of people there in order to move things forward. Getting a sense of that has been very important to me,” he added.

The Democratic primary for House District 99 is in May. It’s a reliably Democratic district — no Republican has tried a run there in at least 11 years — so the primary winner will likely take the seat in November 2020.

Lim is the third openly LGBTQ candidate to announce a state House run in Georgia. The Georgia House includes five openly LGBTQ members, all of whom are up for reelection in 2020.