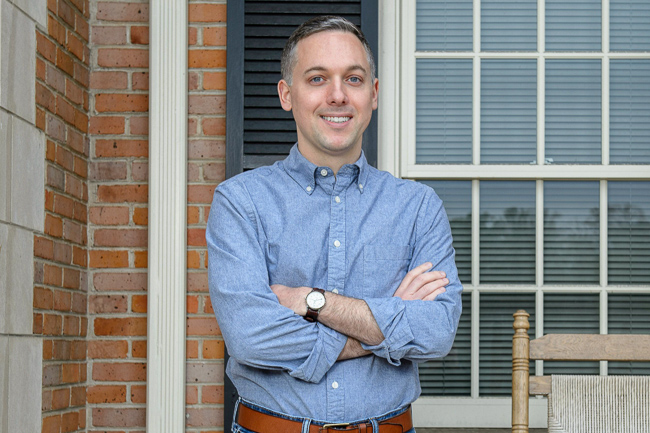 “I am very excited to have the endorsement of the nation's foremost supporter of LGBTQ candidates,” Wilson said. “As the only non-incumbent that Victory Fund has endorsed in Georgia, I think this speaks to the competitive nature of this election. We expect this to be the most heavily contested race in the state and are building an infrastructure to win, and I'm grateful for Victory Fund's support doing just that.”

Victory Fund President and CEO Annise Parker — the former Houston mayor and one of the first openly LGBT mayors of a major U.S. city — said Wilson is “committed to smart public policy.”

“Victory Fund is pleased to endorse Matthew Wilson for Georgia State House,” Parker said. “Matthew’s commitment to smart public policy that addresses the real concerns of North Atlanta makes him the best candidate for House District 80, which we expect to be the most competitive state house race in Georgia this year. When he wins in November, Matthew will become a vital LGBTQ voice under the Gold Dome.”

“We are thrilled to endorse Matthew Wilson not only because he is a champion for equality, but because he is doing the hard-work necessary to win in November,” Meloy said. “District 80 is one of the most competitive in the entire state, and an excellent opportunity to replace a transphobic incumbent with an LGBTQ candidate who will lead on equality issues.

“The state of Georgia continues to deny LGBTQ people even the most basic protections, and increasing our representation in the state legislature is essential to securing real change,” Meloy continued. “It is critical our community and allies support Matthew over the next six months to ensure he wins on Election Day.”

This is Wilson’s first campaign for public office.

“Honestly, the support I've received already has been overwhelming,” Wilson said. “This is a volunteer-driven, community-focused campaign. We're speaking to people about their issues and how to make the Legislature work for them, and I've found folks are really receptive to that. I'm excited to talk to more of my neighbors over the summer about why I'm running, and how crucial their support will be as we head into November.”

Wilson faces GOP incumbent Rep. Meagan Hanson in the race for House District 80, which includes Brookhaven in DeKalb County. Hanson introduced an LGBT-inclusive hate crimes measure in this year’s legislative session. Language from that bill was tacked onto another bill, but it failed to pass before session’s end.

Anti-transgender tweets authored by Hanson emerged in the final days of her 2016 contest against Democratic incumbent Rep. Taylor Bennett, an LGBT ally whose mother and sister are gay. Hanson narrowly defeated Bennett 50.52 percent to 49.48 percent.