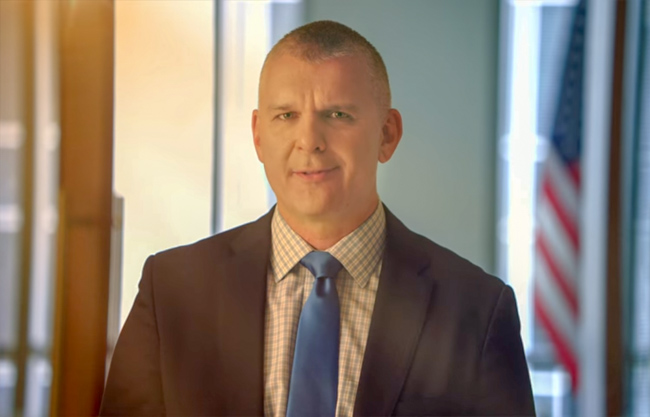 A gay attorney and former police officer is defending Stacey Abrams against her Republican opponent in a TV ad that is blanketing the airwaves.

“We’re calling Brian Kemp out … for his false and misleading attacks against Stacey Abrams,” Dennis Collard (top photo) says in the ad, which is called “Tough and Smart.”

Collard also vouches for Abrams’ community safety plan in the ad, saying it “goes after drug peddlers and predators.”

A mother and a teacher appear in the ad with Collard. It’s part of a larger effort to defend Abrams after the Kemp campaign released an attack ad targeting her record on fighting sex trafficking.

He was co-chair of an Abrams fundraiser hosted by LGBTQ and allied supporters in August. The event, held at the home of lesbian philanthropist Edie Cofrin, raised $140,000 for Abrams.

Collard also drove the Jeep that Abrams rode in during the Atlanta Pride parade earlier this month.

Check out the ad with Collard below.

Abrams and Kemp have their first debate Tuesday night on GPB. A second debate will take place on Nov. 4 on WSB-TV.
They face off on Election Day on Nov. 6.