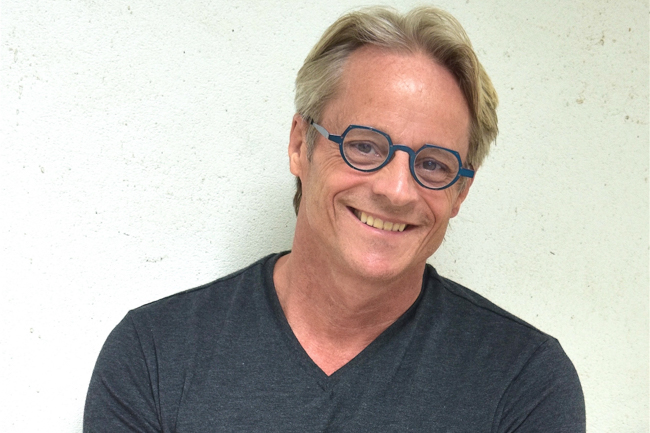 Emmy-nominated actor and gay Atlanta restauranteur Mitchell Anderson reflects on his life and unique career in his all-new cabaret-style show “You Better Call Your Mother,” opening Nov. 4 at Synchronicity Theater.

The combination of the COVID-19 pandemic and Anderson’s 60th birthday this year sparked the idea for the one-man show. The veteran performer and entrepreneur told Project Q Atlanta that writing it was “super therapeutic.”

“There’s a way to look at your past and create the story of your past and really learn from it, learn how the relationships that guided you, that pushed you forward, really made your life,” Anderson said.

And it’s been quite an interesting life. Anderson owns the popular Midtown eateries MetroFresh and continues a decades-long career in Hollywood. He came out as gay to friends and family in the 1980s while trying to make it as a leading man in Los Angeles.

“That central conflict of my mid-20s was incredibly challenging,” Anderson said.

In 1996, Anderson came out publicly at the GLAAD Awards. The immediate aftermath brought the titular line of the new stage show – “You Better Call Your Mother.”

“As a result, I was able to gain the respect of my parents and I think some of my peers and find a love and a partnership that’s lasted 25 years with Richie [Arpino, the Atlanta salon owner and photographer],” he said.

With the MetroFresh eateries thriving, a late-career resurgence included a role on the Emmy Award-winning Amazon Prime series “After Forever.” Anderson also picked up an acting Emmy nomination in the process. The third season films next spring.

Anderson started writing “You Better Call Your Mother” in January. Rewrites, refinements and rehearsals followed. He brought on theater veterans Courtenay Collins as director and Bill Newberry as music director.

“Both Bill and Courtenay when they read the script totally got it, understood it and got super excited about it,” Anderson said. “For someone like me who is stepping up there and putting myself on the line, it was nice to have that amazing support.”

The show features a series of monologues that touch on different parts of his life.

“At the end of each monologue is a song that comes out of the emotion of the monologue,” Anderson said.

Theatergoers can expect pop songs, standards and Broadway showtunes throughout.

“Stuff that I just love and wanted to sing,” he said. “Hopefully it’ll make people laugh and make people cry and really relate to their own lives.”

Tickets for “You Better Call Your Mother” are going fast. Opening night on Nov. 4 and the Nov. 6 show are already sold out. Tickets are still available for the Nov. 5 and 7 shows. Anderson will do talkbacks with the audience after the Nov. 5 and 6 shows.

“You Better Call Your Mother” plays Nov. 4-7 at Synchronicity Theater. Visit the theater online for tickets and COVID-19 protocols.