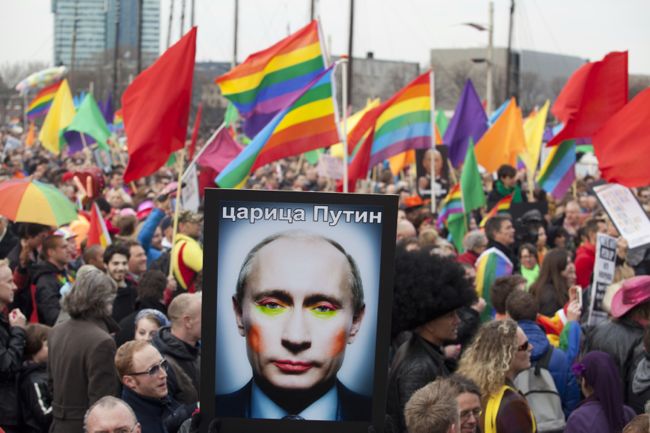 Internet trolls never go away. They just rest, reload and come back fully armed with stupid. Even better, this gay Atlanta guy is a xenophobe and self-professed expert in DNA, history and Russian swine.

The silence was broken on Tuesday when Lovins offered a 119-word Facebook screed responding to a GA Voice story. The media outlet explored gay bars dumping Stoli to protest a new Russian law cracking down on LGBT people. Lovins supported ethnic violence in the name of gay equality.

Gird your loins and dive in.

Most Russian men are born from an inferior DNA sequence. This is the cause of the homophobia which has been highlighted there as of late. We as Americans should do the opposite of Nazi Germany if we are to survive. Americans of all skin tones and sexual orientations are now a superior race in and of ourselves. Why? Because we are diverse and represent the human race as a whole. It is our job to gather up these Russian swine(with the exception of Russian LGBTs and their friends of course) and give them the options of converting to an accepting lifestyle or else have their bodies dropped into cauldrons. The survival of the human race depends upon such reform.

Body dropping into cauldrons. Maybe that should be a new game at Pride festivities. 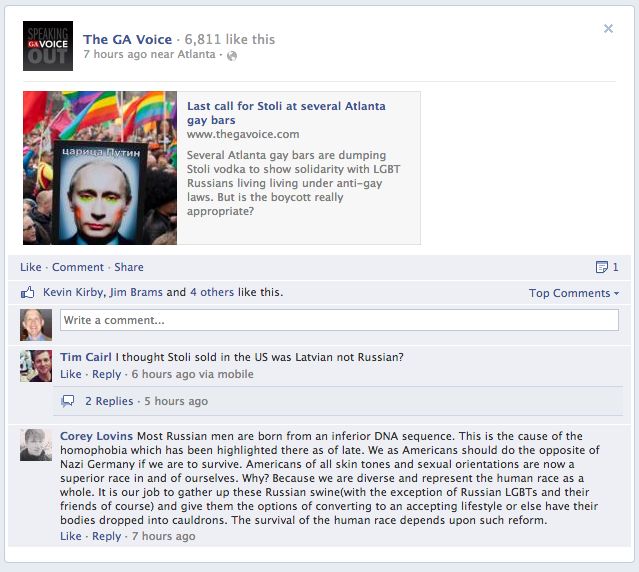