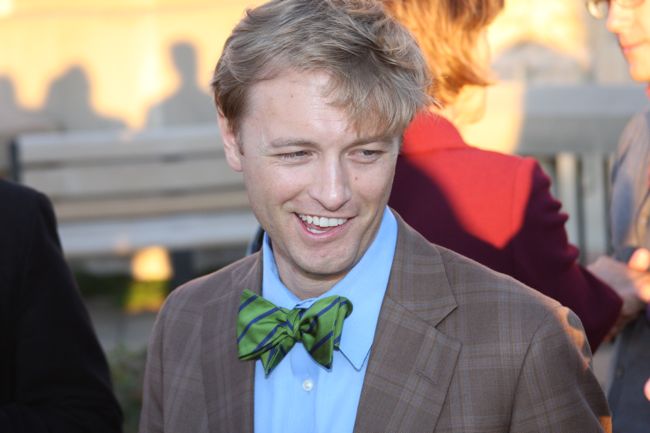 And while knocking Democrats and candidate Kyle Williams (photo) for a lack of diversity in the Senate District 42 race, Peach Pundit missed that Williams is gay. That's kinda diverse. To be fair, the item also hit Elena Parent, the gay-friendly former state lawmaker in the race.

Compare their similar blond-and-blue pictures for a moment, and answer the question: Will the real legislative Barbie please stand up? More importantly, where is the Democratic “diversity” we’re always hearing about? Surely there’s an African-American who can represent the good people of that district more effectively than two extras from “The Sound of Music?”

When criticized for its characterization, Peach Pundit offered this:

We know, it was a rude and terrible thing to say about Barbies, and we apologize to anyone who may be shopping for one of those outdated gender role icons during this Christmas Season.

Williams, an LGBT activist, Pride grand marshal and attorney in Decatur, announced his campaign in recent weeks but is waiting to hold a formal kickoff party until Jan. 30. In 2009, he ran unsuccessfully for a seat on the Decatur City Commission. In 2010, Parent received gay support for her successful campaign to unseat state Rep. Jill Chambers. Chambers was the only Republican to vote against an amendment to the state Constitution banning gay marriage while it was before lawmakers in 2004.