Is PrEP a license to throw caution to the wind? 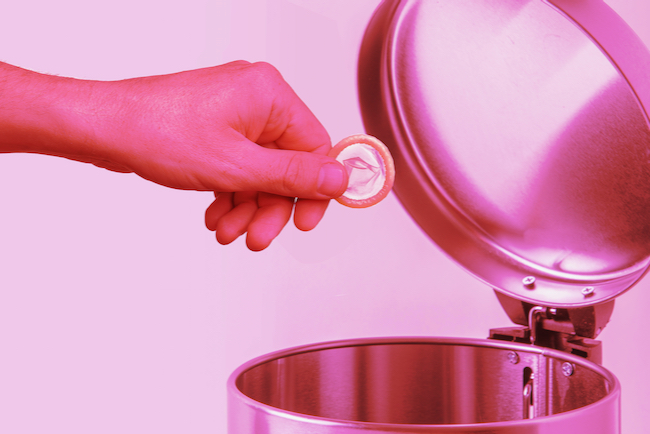 I became a Registered Nurse in 1989, just in time for a front row seat to all the suffering and heartache caused by HIV/AIDS. I watched as many of my patients and friends lost the battle. I attended far too many funerals. It was heart wrenching and seemed to go on forever.

To say I was excited is an understatement when the FDA approved the HIV treatment drug Truvada as a Pre-Exposure Prophylaxis (PrEP). It was approved in July 2012, and for many, it means the fear of becoming infected with HIV can subside.

PrEP has been the first method outside condoms to help address prevention since the dawn of AIDS in the early 1980s.

An estimated 1.1 million people in the United States are already living with HIV, the majority of which are men who have sex with men. Some 7,000 people with HIV still die from it each year in the U.S. PrEP is a great option to consider to slow the increase of those numbers.

Here are some facts to help you decide if the drug regimen is right for you, and what it means to make it part of your arsenal against HIV.

It takes up to seven days for PrEP to reach high levels of protection.

It is much less effective when taken inconsistently. It is most effective when drug levels in your body are consistently high. So taking it every single day without missing doses is critical to reaching those effectiveness rates in the 90-something percentiles.

No serious side effects have been observed. The most common side effect is nausea, which subsides over time.

If you’re already on PrEP, here are some guidelines to taking it to further ensure its maximum effectiveness.

If you miss a dose, don’t panic. Take it as soon as you remember unless it is almost time for the next dose.

Do not double dose.

Caution to the Wind?

PrEP is clearly a great option for the prevention of HIV, but it does not prevent against any of the other sexually transmitted infections (STI’s) such as syphilis, gonorrhea, chlamydia, and Hepatitis C – all of which are common among gay and bisexual men, including a local Atlanta upswing in recent years of syphilis among men who have sex with men.

But is PrEP a license to throw caution to the wind? Some sexually active people might think so and act accordingly, according to data in studies since Truvada’s release as a PrEP drug.

In 2016, the CDC reported an increase of 74% in STIs , compared to 2012 before PrEP was approved. These studies may be suggestive of throwing caution to the wind.

Our Own Worst Enemy

As a nurse and a gay man, I have observed a shift in the mindset of our community since the advent of PrEP. Could it be that we now see PrEP as the savior giving us the green light to throw safer sexual behaviors out the window with no concern of what else could be lurking?

There is still a lot of stigmatization and fear related to HIV, although it is getting better. As a community, I think we perpetuate that stigma. I often hear things like, ““I just don’t want to get HIV,” or “Girl, you don’t want him; he has HIV.” It appears that HIV is still the main concern, focus, and fear for many of us, without much regard to other risks we take on when we have condomless sex.

Working in an HIV/AIDS clinic, I am reminded of one patient in particular who was HIV negative on PrEP. He contracted syphilis that went into his nervous system, and he was paralyzed for life as a result of it.

He was 34 years old, and would spend the rest of his life in a wheelchair because of syphilis – not HIV. PrEP did nothing to protect him from anyting but HIV. He was distraught as one might imagine.

Listen, I get it.

Sex is a wonderful part of who we are, and I love it. It can be a beautiful expression of love or just an act of intense satisfaction. There is no need to fear sex or our expression through sex.

There is a need, however, for further education and awareness. Accurate information is our most effective weapon.

I personally see a need to practice sex with some amount of precaution, which quite honestly has been a challenge for me. I am a nurse but also a gay man who faces this challenge every time the zipper comes down and the pants fall to the floor.

Let’s face it, the sexually transmitted disease discussion has a tendency to make important parts of the anatomy not work in the heat of passion. So how can we as a community decrease the prevalence of sexually transmitted infections and protect ourselves? Here’s my advice.

Make a commitment to yourself to take responsibility for your own protection.

Have those important conversations with sexual partners before the heat of the moment.

Use PrEP if it sounds right for you, and consider protecting yourself and others from diseases outside HIV by using condoms if you are in an open relationship or if you have multiple partners.

Get tested for all sexually transmitted infections regularly, not just HIV.

It is my responsibility to protect myself. I could definitely do a better job at that. As a community, I feel we could do better also. We have to find better ways of educating without judgment.

I say we work together and use all our ammunition, including PrEP, condoms, self-testing, pop-up mobile testing sites, and word of mouth to decrease the spread of all sexually transmitted infections.

Let’s stay commited to being a healthier, more conscious, and more aware community.

Vince Shifflett is a critical care Registered Nurse and popular blogger living in Atlanta. Read more of his work at vinceshifflett.com.

This article originally appeared in Q magazine. Pick it up all over Atlanta, and read the digital verison below.