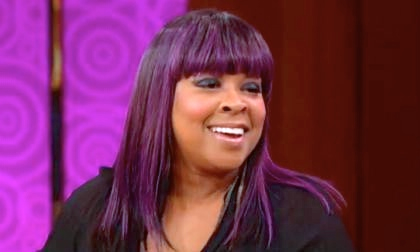 Who knew Atlanta would stack up so many reality TV shows with gay appeal? It’s now way beyond rolling our eyes at the “Housewives” gay drama. When we’re not making time for this guy’s mess or feeling the “Love & Hip Hop,” we’re loving TVOne’s “R&B Divas: Atlanta.” So sue us.

Haven’t heard of that last one? We'll let daytime doyenne Wendy Williams let you in on it. The show about Atlanta recording artists includes lesbian singer Monifah Carter, who is set to marry her longtime girlfriend Terez Mychelle. In the video above, Williams welcomes the diva of songs like “Touch It” and “I Miss You” – also Queen Latifah’s ex? – to discuss being gay and how she and her straight conservative daughter agree to disagree.

“My daughter is in her religion, into her Christianity and she is a 22-year-old who hasn't experienced life yet fully. I had to just be a parent and be an example of the human being that I'd like her to be,” Carter says. “It's her personal stuff. We respect one another and we love each other through. I respect her, but she's not the ruler.”

We can’t help ourselves. While we wait for Atlanta’s next public relations disaster via nobody’s-reality-reality-TV, see what else Monifah has to say about marriage, the '90s and living and loving in the ATL. Tune into “R&B Divas: Atlanta” Wednesday nights on TVOne.