The case started as a missing persons investigation, but "thoughts of foul play" developed and homicide investigators were later brought in, according to Adam Brown, Jacksonville Sheriff's Office Chief of Investigations.

After leaving Metro, Pittman and Hucks went to Pittman's home. But an argument ensued, according to Brown, and Hucks asked to be driven to his home. Brown did not say what the two men argued about. 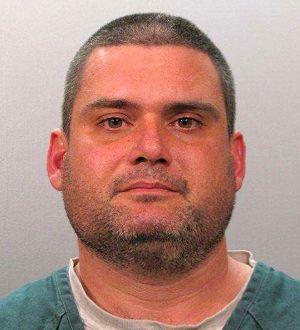 "Somewhere in between the suspect's and the vicitm's home, the suspect murdered the victim," Brown said during a Friday morning press conference. "He later dumped the victim's body in a wooded area in Camden County, Ga."

Pittman is cooperating with investigators, Brown said. He was scheduled to appear in a Duval County, Fla., court on Friday.

I know many of my readers are long time Boy Crush fans and members and will join me in wishing his family peace and our condolences.

Austin Mi'Kel Nations, who attended Atlanta Pride with Hucks, recalled his smile and the fun times they shared at Atlanta Pride.

Your smile will forever shine on Ryan Ray Gibson. I'll always love you and cherish the fun times we had, especially our first Atlanta pride  rest in peace Glenn, you've always been an angel

Others, such as Matt Alan Barnett, expressed shock at the news of Hucks' death.

Never in a million years would I thought I would see your name in headlines this way. RIP Glenn. You'll be remembered greatly.

River Acheron hoped that Hucks would be found safe.

I cannot even find the words right now. Every day I'd log on hoping you would be found safe and this was my worst nightmare. I just don't know what to say right now. It just makes me more misanthropic about this disgusting society we live in where people feel the need to hurt one another. I hope the suspect rots slowly in prison for a very long time.

I'll never delete you from my friends list. *hugs*