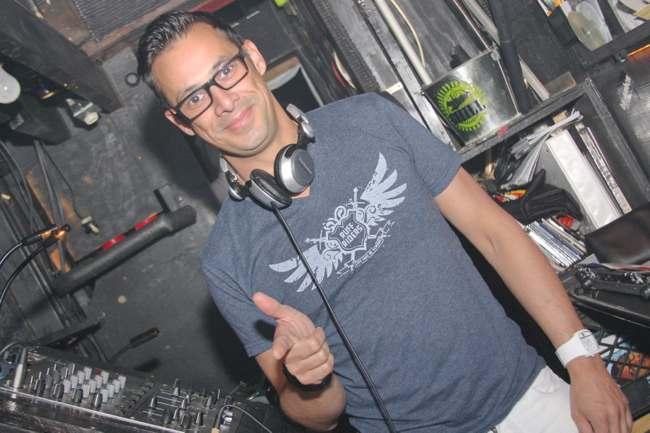 A holiday hump night? Those are the best kind. When the dancing queens don't have to work the next day, gay Atlanta starts the holiday celebration early and keeps it going all night long. Just like this Wednesday.

Remember how fun Thanksgiving Eve nightlife gets? Swap out the turkey with some hot dogs and fireworks and you've got the pre-July 4th celebration in Atlanta. The masters of the Wednesday night pre-holiday celebration, the Heretic, deliver with DJ Phil B. That's the guy that helped you ring in the New Year.

But there's so much more on Wednesday. Here's the rundown.

Hump night will never be the same as Heretic brings you INDEPENDance Party. Join us as we dance to the beats of San Francisco DJ Phil B (photo). You don't want to miss it. $10 after 11pm.

Hey everybody it's 4TH OF JULY EVE!!! Yes, it's 'Merica's favorite drunken holiday! Ain't nobody gotta work on the 4th of July (unless you work for some pinko commies – bad news for you) so come out on a Wednesday night and PARTY HARDY with the Mary's Zoo Crew.

We're sticking to the basics for this one… Putting wieners in buns, shooting cheap liquor and banging tunes on the dance floor. That's right. We're gonna be grilling up hot dogs out back and we've got a $3 FIREBALL SHOT special… PLUS DJ Sam Rothstein and DJ 5 Hour Boner will be inside rockin n rollin all night in the boof.

Don't worry, you'll have a blast and we'll get you to that BBQ in time for the 4th.

Come celebrate the holiday at Blake's On The Park as we celebrate Independence Day weekend with guest DJ Mike Pope.

Come celebrate the best parts of being a proud, sexy, red-blooded American gay man in the company of your like men.

Show off your patriotism and pop off like a firework at our Wednesday, July 3 at 9pm at the All American Bear Dance Party with DJ Eric & DJ Diablo Rojo.

Cockpit will serve up stiff and cheap drinks your always use to and provide the fuzzy dudes you crave to launch your holiday since you ain't gotta work the next day.

So bring your cherry-bomb pecs and booties to the Pit for a sure to be explosive, All-American good time.

THE BOYS ARE BACK!!! And Just In Time for the Summer Season!

But that's not all. You can start your evening earlier by helping the bears stuff their swag bags ahead of the Atlanta Bear Fest or with some charity bingo at Ruby Redd's Birdcage Bingo.