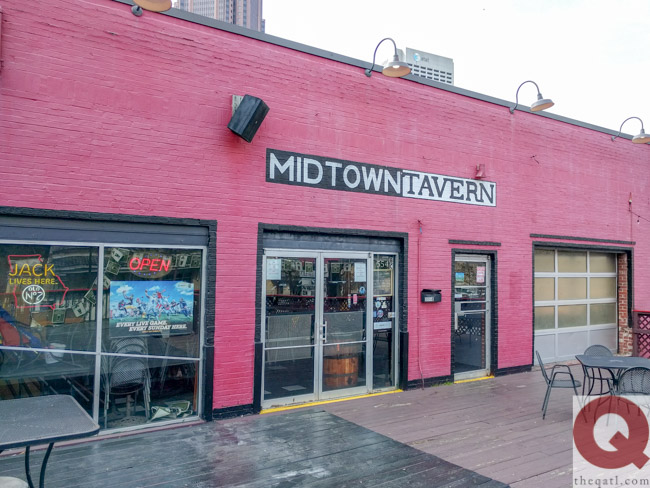 The owner of former gay dance club Jungle has partnered with the creator of popular nightlife events to buy Midtown Tavern, a bar and restaurant on Piedmont Avenue.

The pair – Richard Cherskov and Keith Young – closed on the purchase of the business Monday and will run Midtown Tavern through an operating agreement with its former owner until they secure a liquor license. The deal included a long-term lease on the nearly 5,500-square-foot property at the corner of Piedmont and Linden avenues near Central Park and Publix.

“To be able to announce a new gay space with a team of people that have experience in making these spaces work, I am beyond excited,” Cherskov said.

Young said the purchase will help expand LGBT nightlife at a time when gay spaces in Atlanta are constricting.

“We are very excited. We are doing everything we can to keep Atlanta nightlife fresh and make sure it continues to prosper,” Young said.

In the coming weeks, the gay nightlife veterans plan to expand on the venue's food and entertainment offerings to add drag shows and Sunday brunch. First up for Midtown Tavern is providing a new home for the Other Show, the weekly drag ensemble that called Jungle home for five years.

“We are so excited to come back and work with Richard and all of the rest of the staff returning from our previous venture with them,” said Edie Cheezburger, the host and creator of the Other Show.

“The space is phenomenal. I can't wait for everybody to see it. It is the perfect cabaret setting for the show,” she added.

The Other Show will debut at Midtown Tavern on April 13.

The purchase marks a return to gay nightlife for Cherskov. He bought Jungle in 2011 and operated it until last November, when the cavernous venue was pushed out by new property owners and re-development.

The pair attempted to purchase Burkhart's in January as the longtime gay bar imploded during a controversy of racist social media posts from its owner. That purchase didn't materialize, but the process led them to Midtown Tavern.

“This came about because we have been searching for a new home for Jungle and saw the listing for Midtown Tavern, right around the time it was happening with Burkhart's,” Cherskov said. “What a great space this will be for the gay community. It has a nice bar area, but more importantly it has a stage because so may of our events involve entertainment. We are going to be a great home to some fantastic drag shows.”

“We are looking forward to doing great events outside,” Young said.

The new owners said they will freshen up the space with new paint and some other improvements. They hope to attract a diverse crowd, from sports fans enjoying games on a full complement of televisions to an LGBT nightlife crowd and diners for a soon-to-be announced lunch menu. Midtown Tavern already offers dinner service.

“We are looking to have a really inclusive mix of people who live near here and people from across town,” Cherskov said. “We want to bring in the right mix of events to respect the current space and clientele and that also serves the gay community.”

The new owners declined to discuss the purchase price.