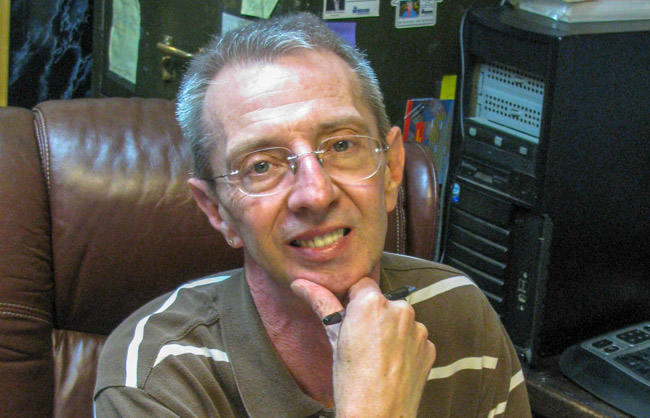 Gay Atlanta bar manager and media veteran Lewis Covington is being remembered for touching many lives in the various roles he played at the center of LGBTQ Atlanta over the past 30 years. The Friends On Ponce manager died on Sept. 6 from unknown causes at age 66.

“He was extremely smart and probably the funniest person I’ve ever met,” Heverly said. “We were fast friends for over 30 years. I’m so shocked that he is gone.”

Don Hunnewell first met Covington at the Etcetera offices in 1989 to drop off information to help the magazine design an ad for Metro, the gay bar Hunnewell owned at the time. They got to know each other over the years, and after Etcetera closed, Covington continued to handle Metro’s ad designs. He later rose to be the gay bar’s general manager.

Hunnewell called Covington “my confidant and right hand” during the last few years before Metro closed.

“He helped me through many of my toughest moments in ways I can’t possibly explain,” he said. “He walked me through many dark days when I couldn’t see any light at the end of the tunnel as we both battled to keep the Metro family together.”

“His love, devotion, wit, laughter and dedication is a terrible loss,” Hunnewell added.

Information about a memorial service or celebration of life for Covington has not yet been announced.