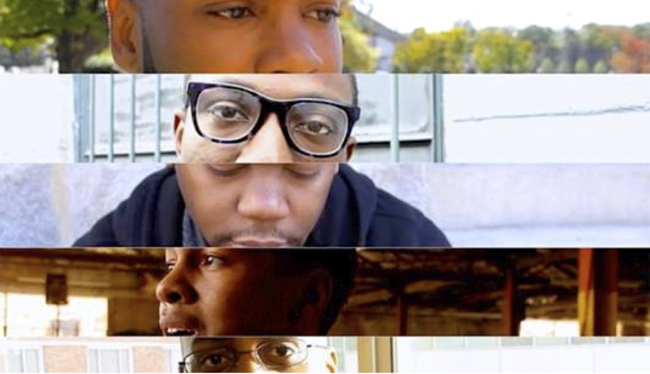 Meet the next gay Atlantan ready to wow you with as-yet-unseen talents. It's time for filmmaker Chase Simmons to step into the spotlight with the Atlanta men of his first feature, an ode to the defining relationships – or lack thereof – between gay men and their fathers.

“Dear Dad” includes real letters of coming out to patriarchs (video below) and dealing with the aftermath as issues unfold (above) through the eyes of 10 gay locals. It’s a labor of love for Simmons, who is creating the documentary with some crowdfunding help from a Kickstarter campaign and his first-time production company Eight Peace.

“This project was meant to help these men and men like them appreciate what gave them hope and heal what gave them hurt,” Simmons says in the invitation to a preview screening set for Thursday at Emory. The director and his subjects are scheduled to answer questions from the audience after Thursday’s screening.

Tough stuff makes for great films. And yes, you could cry. The men of “Dear Dad” hold no punches. And as African Americans living in the ATL, theirs are stories often left unexplored, and their issues have been left under the rug for far too long. Not anymore.

Same gender loving black men are met with a particularly unique set of social and systematic challenges that impact how we experience life. Arguably a central figure in a young man’s rearing is his father, especially young men of color. Add not being heterosexual to the equation and a lot of these young men lose a connection with their father early on and are pushed into manhood feeling unloved, alone or literally fatherless.

On the other hand, there are fathers out there that fully support and embrace their same gender loving sons. Both stories offer something substantial to share with audiences. This film is for the hundreds of thousands of young gay men who are afraid to broach their sexuality to their fathers and families, those who sit silently at the dinner table, those who chose to take their own lives as opposed to deciding to live theirs authentically.

UPDATE: Emory closed due to weather, putting the event on ice. A new screening date is set for Feb. 19.