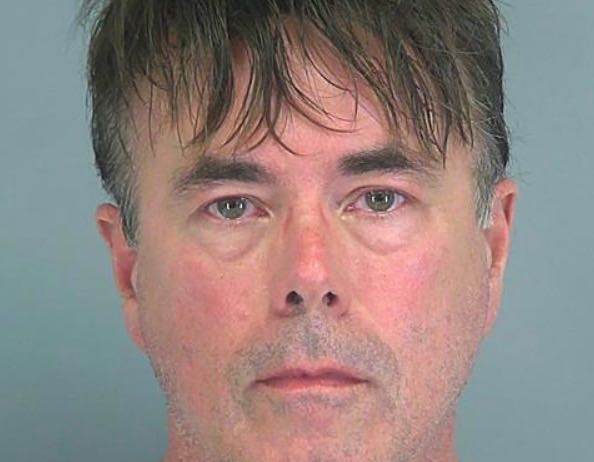 The former executive director of a gay Atlanta non-profit pleaded guilty to embezzling more than $56,000 from the organization, but avoided jail time and is now raising money to start a new non-profit.

Kevin Bryant pleaded guilty on Nov. 29 to embezzling at least $56,026 from Pets Are Loving Support, which cares for the pets of critically ill people. He pleaded guilty and was sentenced to 10 years probation and 40 hours community service. Bryant was also ordered to pay full restitution to PALS, according to the Fulton County district attorney’s office.

Bryant's guilty plea came just weeks after he was arrested in Boiling Springs, S.C. last October and extradited to Georgia and booked into the Fulton County Jail. Months earlier, a Fulton County grand jury indicted him on allegations that he stole the money from PALS over a two-year-period.

When Bryant pleaded guilty in November, he did so using Georgia’s First Offender Act, which allows first-time offenders charged with certain crimes to avoid a conviction and have the records of the case sealed if the sentence is completed and the offender isn't charged and convicted of a different crime. The case file has already been closed to public viewing and can't be accessed through the court system's online records.

“Under the First Offender Act, jail time was not an option,” David Lile, PALS board chair, told Project Q Atlanta. “And to be honest, if Kevin is in jail, then PALS has no chance of restitution.”

Lile said the evidence was on PALS’ side and that Bryant had few options.

“His only option was to plead guilty,” Lile said. “So in that regard, I feel good. We brought him to justice. On a personal level, I would have loved to see him spend years in jail for the betrayal. I guess that is why I am not a judge.”

Lile said PALS has received “a very small amount” in restitution from Bryant, but that the organization is being diligent in following up with probation officials to make sure PALS is paid in full. Lile also said he has a meeting scheduled with them to discuss what happens if Bryant fails to follow his repayment schedule.

“According to [the assistant district attorney] and to the judge, if Kevin does not pay PALS back, jail time will be enforced,” he said.

Lile said that PALS is operating “better than ever” since the incident with Bryant.

“We took a few months after Kevin and reviewed everything we were doing and reviewed every one of the clients that receive our services. We have moved our office to The Rush Center. We hired Chip Moore as our executive director and he has brought new ideas and a fresh approach to the way we do business. I know that sounds almost as a public relations statement, but it is true,” he said.

“The theft did take a monetary toll on PALS, but we have always operated very conservative fiscally and we were able to take that hit and not have an impact on the service to our clients,” Lile added.

PALS fired Bryant in January 2017 after the board discovered he was stealing from the organization. He allegedly stole the money by diverting funds from other pet rescue groups intended to pay PALS for bulk pet food the organization received from Rescue Bank Houston, according to an Atlanta police incident report.

A police investigation showed that Bryant diverted at least $56,206 over two years and “spent the money on shopping and paying personal bills,” according to the incident report. Bryant was paid $42,000 per year as executive director, and served in that role for 10 years until his termination. PALS has cared for the pets of the elderly and people living with critical illnesses and disabilities for 26 years and serves 175 to 200 pets per month.

Bryant has since moved back to South Carolina, and in April he started a Go Fund Me campaign raising funds for a non-profit with a similar mission to PALS. However, he fails to disclose to donors the nature of his exit from the organization and subsequent legal troubles.

“I was the executive director of a non [sic] for profit organization in Atlanta for 10 years and we provided free pet food, vaccinations and flea and heart medications for the pets of people living with terminal illnesses, disabilities and senior citizens,” he wrote in the campaign description.

“I left the organization a year ago due to an unexpected situation back home where my family lives. I always had an idea of other ways to help animals that was not being provided at the organization where I was employed. I now want to follow my dream of establishing a non [sic] for profit that would help those living with terminal illnesses, disabilities and senior citizens who’s pets that have been diagnosed with major expenses such as heartworm positive treatments, cancer or any other medical expenses outside of basic care,” he added.

The campaign has raised only $145 with a goal of $3,000 and no donations have been made in the last two months.

When contacted by Project Q via email to discuss the case, Bryant claimed that PALS asked the judge to put a gag order on him to not talk publicly about the matter. Lile confirmed the court order.

Bryant did not respond to questions about the Go Fund Me campaign.