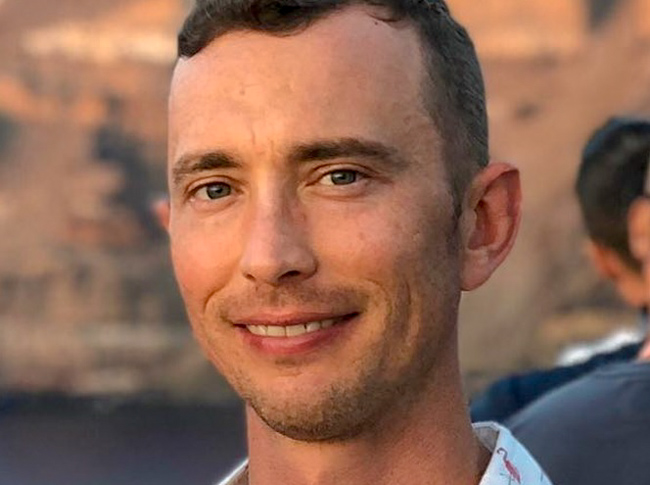 Gay Atlanta resident Jeremy Brown said he tested positive for coronavirus after a trip to Miami earlier this month and faced a difficult time trying to be tested.

Brown (photo) told Project Q Atlanta that several friends who attended the Winter Party also exhibited symptoms of the virus after returning home. But local health care providers didn’t have any coronavirus tests, so the men – one of whom works for the Centers for Disease Control & Prevention – don’t know if they’ve been infected.

Brown, who lives with his partner in the West End, started feeling sick when he returned from the Winter Party on March 10.

“My initial symptoms were just a strange but not uncomfortable shortness of breath,” he said. “I didn’t get a fever until late that night.”

Both Grady Memorial Hospital and Wellstar Atlanta Medical Center told Brown they didn’t have any coronavirus tests. He was able to get tested at Emory University Hospital in Midtown on March 15, but didn’t get the results until March 21.

“A nurse called and told me the results and said I should make sure that I stay quarantined until at least four days after my last symptoms,” Brown said. “I’ll probably do that a little longer because my partner is still experiencing [symptoms].”

Brown’s partner has not been tested. They have both self-quarantined at home since getting sick. Brown said his fever is gone but minor symptoms still linger.

“I definitely have some diminished lung capacity still,” he said. “I still can’t take a deep breath like I could.”

Brown said he, his partner and friends who got sick after attending the Winter Party all experienced a loss of taste and smell.

'It's a little frustrating'

Brown said none of his Atlanta friends who got sick after returning from the Winter Party have been tested. That included North Druid Hills resident Evans Yamoah, who is a public health analyst with the CDC.

Yamoah, 29, felt sick the day he returned from the party.

“That night I had a fever and that lasted for two days,” Yamoah said. “Also I had a dry cough. It wasn’t terrible but there was definitely something going on.”

He later got a sore throat and had back pain. He called the CDC’s Occupational Health Clinic but was unable to get tested.

“They said the tests they had were for people deploying to the sites where they’re screening people,” he said.

He then contacted his primary care doctor, who told him to go to the emergency room. He went to Emory University Hospital in Midtown but – unlike Brown – was not able to get tested.

“So I still haven’t been tested,” he said. “It’s a little frustrating. Especially for me working at the CDC, I thought I would have easier access to a test, but that was not an option for me.”

Yamoah is no longer feeling sick, but he still wants to get tested.

“I think it’s worked its way out of my system, but it would be nice to know for sure,” he said. “It’s hard to say if I’m for sure over this and not contagious.”

The Georgia Department of Public Health said Monday that 772 people have tested positive for coronavirus out of more than 5,000 tests conducted in Georgia. Some 25 have died as a result of the virus.

The pandemic prompted gay bars across Atlanta to close and a flood of events to be canceled. Atlanta Mayor Keisha Lance Bottoms closed bars, nightclubs, gyms and other businesses on March 19 in response to the pandemic. She also limited restaurants to offering food by delivery, drive-through or takeout only. Jurisdictions across metro Atlanta have put similar restrictions in place.

LGBTQ-owned restaurants in Atlanta have reduced hours and offered new services to adapt to the upheaval caused by the pandemic.

A bartender at Felix’s joined with a lesbian food truck owner and a non-profit leader to provide free meals to service industry employees who lost work due to the pandemic.