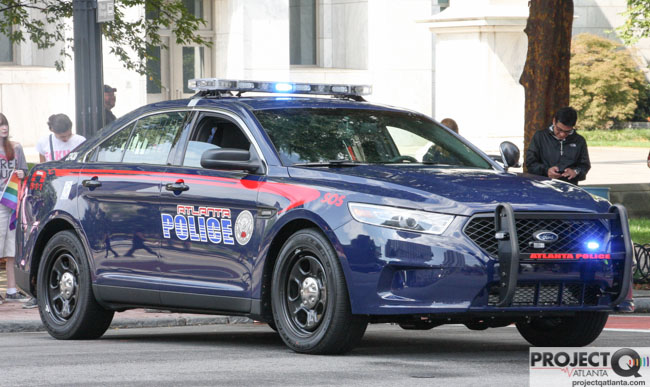 An unidentified man is still at large after threatening to shoot a gay Atlanta man during a robbery in Midtown. The perpetrator claimed he needed money for HIV medication.

The incident occurred Tuesday night near the corner of 8th and Peachtree streets.

“Basically, the guy approached me near Blue India and was asking for money,” the victim, who preferred to remain anonymous, told Project Q Atlanta. “He said he had HIV and hadn’t been able to get his meds and had just gotten out of jail after 18 years.”

The perpetrator said he needed $10 to get into a church shelter to take a shower. The victim apologized and said he didn’t have any money.

The victim said the perpetrator then became agitated, reached into his fanny pack and said he was going to shoot him if he didn’t go with him to a Wells Fargo ATM around the corner to withdraw money.

“I started to run. He hit me in the side of the head but didn’t do any damage,” the victim said.

He screamed for help and was able to get into the Metropolis building.

As Atlanta police responded to the pedestrian robbery call, another call came in regarding an armed man in the same area, police spokesperson Officer Lisa Bender told Project Q in a statement.

Police encountered a man matching the description of the suspect in the robbery, and officers eventually opened fired on the man.

“At some point during the encounter, the officer drew his weapon and fired, striking the rear of the vehicle the subject was in,” Bender said.

Additional officers arrived and an investigation showed that the man police had in custody was not the robbery suspect, police said. He was released.

“The Department’s Office of Professional Standards responded to the scene and immediately began an investigation regarding the officer discharging his weapon,” Bender said. “We want to ensure the officer acted appropriately during the incident and the department will address any violations that may be found.”

Police continue to investigate the robbery.

The victim said the incident doesn’t deter him.

“I generally feel very safe in Midtown,” he said. “The whole situation was super bizarre.”