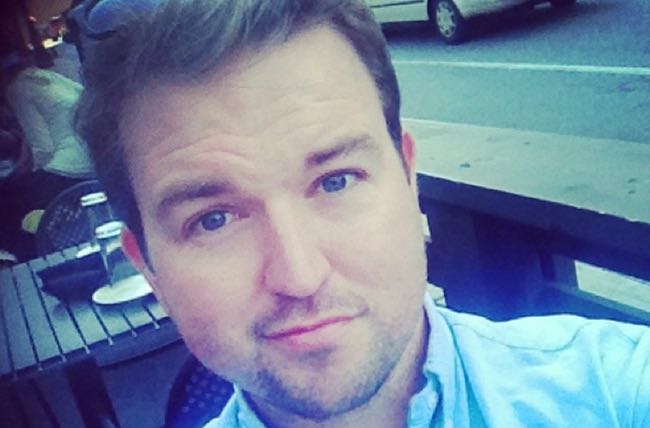 A gay Atlanta man who once pleaded guilty to child cruelty after sex with an underage teen is headed to federal prison for posing as a real estate investor and embezzling funds from four apartment complexes.

Eric Claxton, 30, was sentenced to 21 months in prison and ordered to pay restitution to the businesses he swindled. He faced up to 30 years in prison and a $750,000 fine. Chief Judge Joseph McKinley sentenced Claxton during a hearing Feb. 6 in federal court in Louisville, Ky. Claxton pleaded guilty to three counts of wire fraud on Oct. 31.

Claxton, who remains free on bond, is likely to report to prison within 60 days of his sentencing. McKinley asked the U.S. Bureau of Prisons to house Claxton in a facility close to Atlanta. The reason for the request was sealed and not publicly available.

Claxton admitted to entering into an agreement to purchase the three apartment complexes – two in 2012 and the third in 2014 – through his real estate holding company the Claxton Group, according to court documents. The sales price for the two Kentucky complexes totaled $9.4 million.

Claxton presented bogus tax returns and financial information to show the he had the funds to make the purchases. While the sales were closing, he took over management of the complexes and then depleted their bank accounts.

Via a statement from U.S. Attorney John Kuhn, Jr.:

In support of the purchase agreements, Claxton submitted false documents to support his ability to purchase the apartments. This included a fraudulent letter from an accounting firm that contained false tax returns and balance sheets. Claxton did not have the means to purchase the properties.

Further, while managing the apartment complexes, which was part of the purchase agreement, Claxton fraudulently depleted the bank accounts. 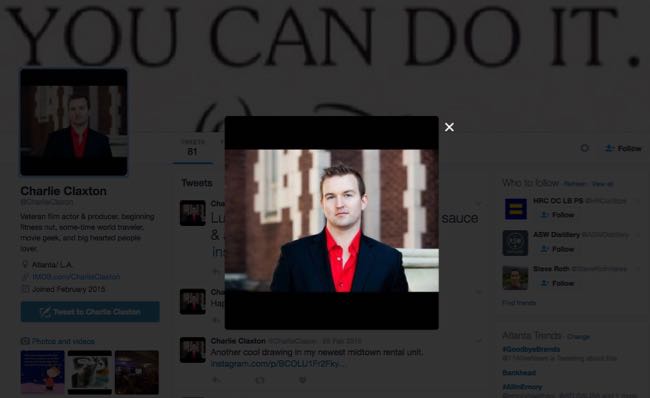 Between the 2012 schemes to defraud apartment complexes in Louisville and the 2014 fraud in Kingsport, Claxton was facing legal troubles in Cobb County.

Police alleged in an arrest warrant that Claxton told the teen, “We will offer to do whatever [the victim's father] needs for us to do in order for this to be taken care of.”

Cobb prosecutors later downgraded the two molestation charges to a single count of cruelty to children and kept in place the influencing a witness charge.

In January 2014, Claxton pleaded guilty to those charges and faced a sentence of up to 20 years in prison and a $120,000 fine. Claxton pleaded guilty under an Alford plea, which allows a person to plead guilty but not admit to the criminal act while agreeing that the evidence is enough to convince a jury of guilt beyond a reasonable doubt.

Claxton was sentenced to 10 years to be served on probation for each charge, along with a $2,000 fine. The sentence did not require Claxton to register as a sex offender as part of his negotiated plea.

The sentence also put in place a permanent restraining order that prohibits Claxton from having any contact with the victim.

Claxton was accused of having sex with the underage male in August 2012, which was in the midst of his scheme to steal money from the apartment complexes in Louisville. When Claxton pleaded guilty in January 2014 to the charges in Cobb, he was also defrauding a fourth apartment complex, this one in Tennessee.

The child molestation charges against Claxton prompted two business partners to dump him from a project in 2012 that would have remade a Midtown venue – once the home of popular gay bar Hoedown's and later 3 Legged Cowboy – into a new nightclub and dessert lounge.

Claxton's involvement in the project was the second time the 8,000-square-foot space in Midtown Promenade was the focus of gay men who later served prison sentences. In 2007 when Hoedown's still occupied the space, the bar closed abruptly after a shaky run under new owner Ben Elliott. A year later, in August 2008, Elliott was arrested on multiple charges of wire fraud and money laundering. He was later sentenced to nine years in prison, five years on probation and ordered to pay more than $4 million in restitution to several banks. 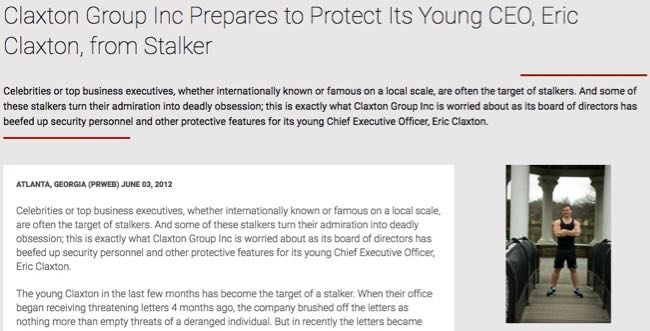 'The young Claxton,' a stalker and Piedmont Park

Claxton's false claims about real estate and the Claxton Group go even further. Atlanta attorney Richard Robbins won a $553,654 default judgment against Claxton for two women he conned in Kingsport. Via the Courier Journal:

Billie J. Minton, one of them, said Claxton took money from their complex “like he was siphoning gas out of a tank” and “rode around in a limousine wearing Armani suits.”

Claxton boasted about his real estate company on his website. Via the Courier Journal:

Despite its growth, though, the site said “at our core, we are still a family business at heart” and treat “all of our employees, tenants and investors” with “loving care” and as “close family members.”

But it was all fake, Robbins told the news outlet.

In 2012, Claxton referred to himself as “the young Claxton” in a press release explaining how the company was protecting its then 25-year-old CEO from a stalker.

Celebrities or top business executives, whether internationally known or famous on a local scale, are often the target of stalkers. And some of these stalkers turn their admiration into deadly obsession; this is exactly what Claxton Group Inc is worried about as its board of directors has beefed up security personnel and other protective features for its young Chief Executive Officer, Eric Claxton.

The young Claxton in the last few months has become the target of a stalker. When their office began receiving threatening letters 4 months ago, the company brushed off the letters as nothing more than empty threats of a deranged individual. But in recently the letters became very graphic with death threats to the young Claxton and the rest of the family.

The press release bragged that the company “financed the installation of the best security system on the market” to protect Claxton's “hilltop home in the very tony East Cobb portion of Atlanta.” Also, Claxton “is now a talented marksman.”

But the young CEO wouldn't let the alleged stalker keep him from participating in a run raising funds for cancer research or taking his dog Charlie on runs in Piedmont Park. Instead, he exercised in the Midtown hotspot with a security detail, the press release said.

This means that it is the habit of Claxton to take long runs through Atlanta’s Piedmont Park or else along East Cobb’s Paper Mill Trail with his Golden retriever, Charlie. Up until recently the family and the company’s board of directors have largely stayed out of the executive’s personal life and has not interfered with his schedule. But Eric is now accompanied by plain clothed, armed security detail who can always be found running a short distance behind Claxton. The youthful and always smiling Claxton refuses to acknowledge the presence of these security personnel members as he and Charlie stop to greet familiar people and children along the trails during these morning and evening runs.

Two months after issuing the press release, police said Claxton had sex with the underage teen in that same Cobb home.