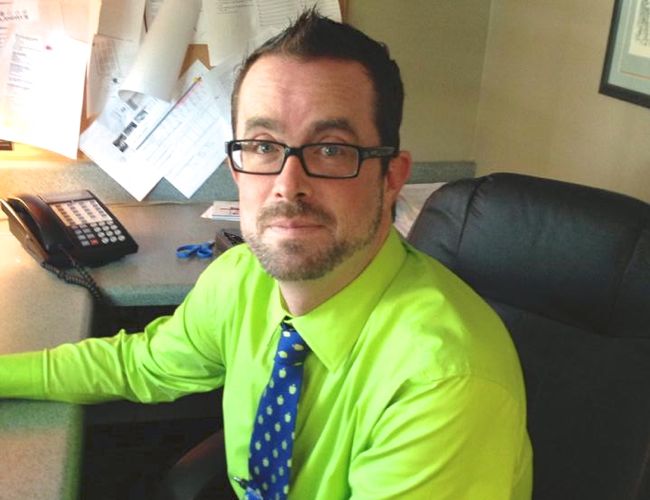 The body of a 42-year-old gay banquet sales manager was found by the cleaning staff early Sunday inside his room at a Cheshire Bridge Road motel known for gay hook ups that often end badly.

When the housekeeper spotted the key still in the door at Andrew Uhlman's room on Sunday about 11 a.m., she knocked on the door. When she walked in, she noticed him "sitting there not breathing" and called 9-1-1, according to an incident report from Atlanta police.

Police did not see any signs of foul play and turned Uhlman's body over to the Fulton County Medical Examiner. Mark Guilbeau, a senior investigator for the medical examiner, said Wednesday that a cause of death was pending the results of toxicology tests, which could take weeks. But Guilbeau added that there was nothing unusual about Uhlman's body when he was found in the motel room.

Friends have turned Uhlman's Facebook page, where he goes by Trey, into a touching makeshift memorial, sharing memories about him, photos and grief over his death. His sister, Lisa Anglin, thanked his friends for the outpouring of support.

This is Trey's sister. Thank you all for such an outpouring of love, graciousness and concern for my family. Your kind words and memories of my beautiful brother have provided a droplet in the ocean of unbearable pain I am feeling. I have read this page many times in the last 24 hours. I have also tried to add a line of gratitude to each individual post. Please be patient as I struggle to keep up. Our Trey was a popular guy, after all

The Trey Uhlman Memorial Service is scheduled for Thursday at McCormick & Schmick's in Dunwoody. Uhlman's LinkedIn profile says he worked for the company as a banquet sales manager.

The Cheshire motel sits behind the gay and gray popular Colonnade. It's a longtime locale for gay cruising with occupants leaving their doors open inviting sex, robbers and troubling booty calls.