After hanging out with a half-dozen friends, a gay Atlanta man found an uninvited stranger walking into his Midtown home late Saturday night. What happened next was just bizarre.

Andrew Thomas, 51, allegedly started begging Patrick Busko for gas money as he stood inside the 6th Street home. Busko was surprised but took quick action: He charged Thomas and screamed, according to an Atlanta police incident report.

“It was my first instinct, headed towards him, was yelling at him to the leave the house and I grabbed a cellphone that was lying on the table and decided to take after him,” Busko told WSB. 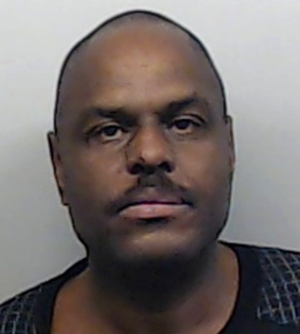 So Busko followed Thomas for a few blocks, reaching Ponce de Leon Avenue before encountering a police officer who ended the crime fighting endeavors with handcuffs.

“He kind of got aggressive verbally as I was following him, backed off a little bit. I didn’t want to see him get away,” Busko told WSB.

Thomas remains in the Fulton County Jail facing two counts of criminal trespass and armed robbery, a charge related to another recent incident in Midtown. Thomas, who has a lengthy arrest record, told police he walked into Busko's house thinking it was a restaurant.

Busko later realized that his late-night adventures could have taken a different turn.

“Well brave, some have said foolish,” he said with a laugh.

Perps, take note: Gay Midtown crime victims will chase you down. And get their man. Their dogs will even help.