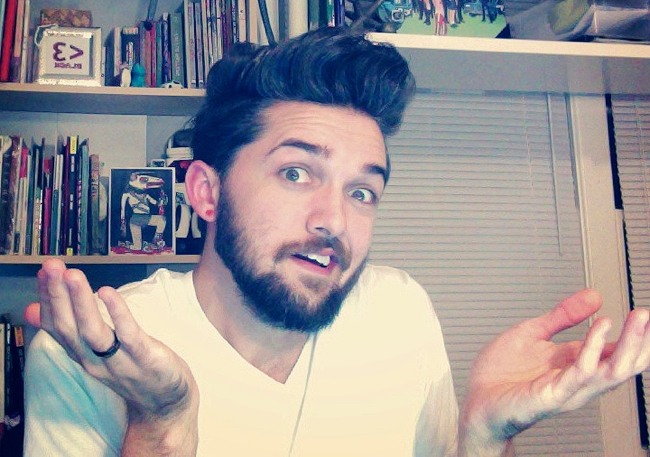 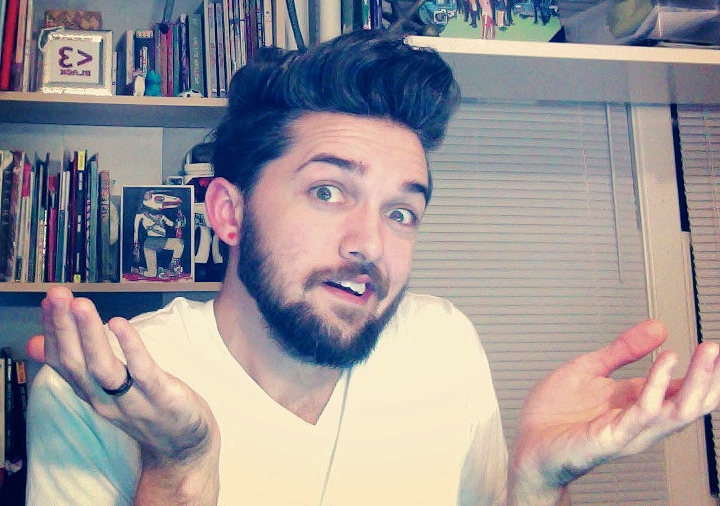 Long flirting with fantasy, comic books create iconic characters and worlds beloved for recognizable humanity and escapism. For decades, that meant storylines and characters were guaranteed straight. Until now.

“The concept started out as a pitch for the upcoming queer sci-fi/fantasy anthology 'Beyond.'” Black tells Project Q. “I wanted to do a story that reflected who I was: newly married to my husband and adopted into a loving gay family. I wanted to combine that with my love of fantasy, especially the world of the far … the web comic is a continuation of those characters and their world.” 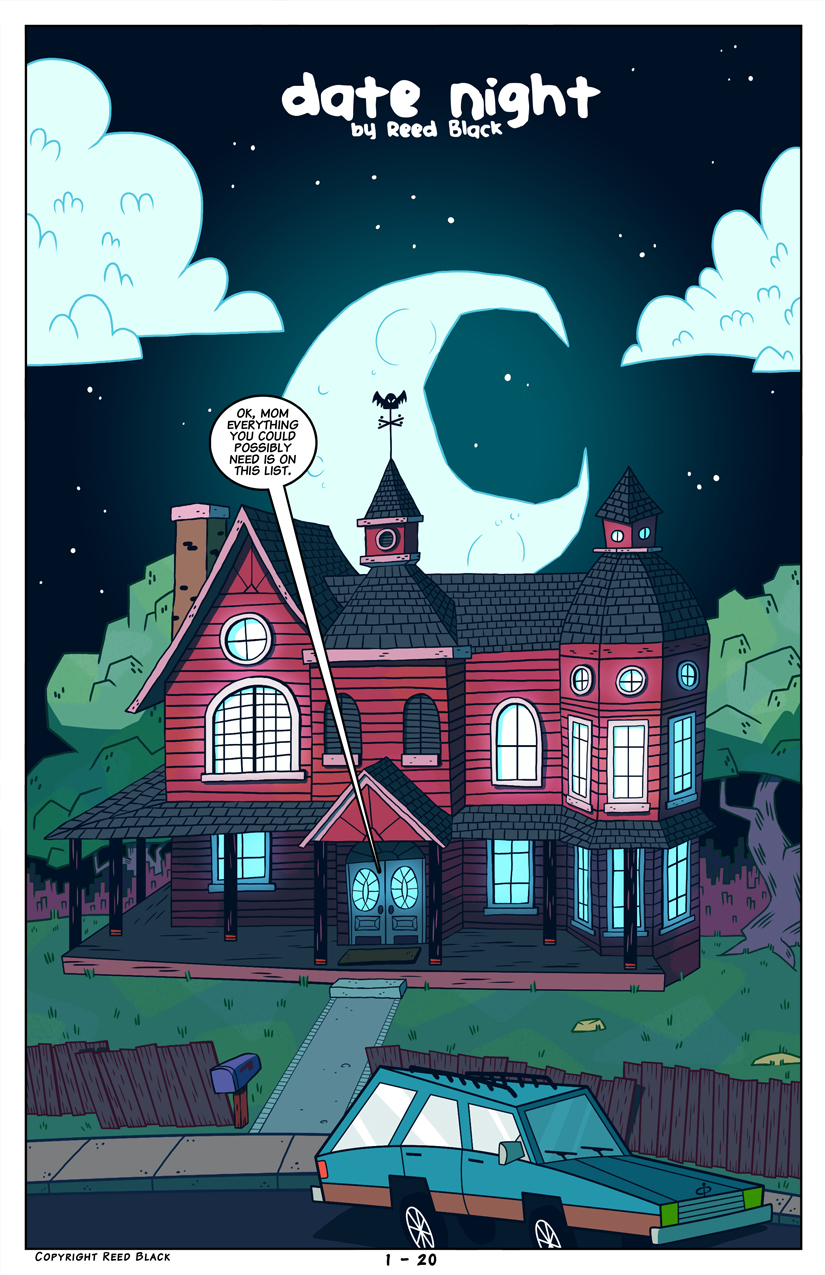 For those looking to immerse themselves in Black’s world, he has since released several pages from the first issue, “Date Night” (bottom photos) on Tumblr. In it you’ll find married couple Phillip and Tushar handing their adopted family – Mina, Grog and King – over to the inevitable in-law hijinks that come with letting a grandparent (baby)sit when taking a much needed night out on the town.

Black, who calls himself “a hothouse flower living in the occasionally snowy south,” was raised on the central coasts of Florida. He says that he was always fascinated with Disney’s “Sleeping Beauty” and “101 Dalmations.”

“They are beautiful films to look at, both in their visual and color composition … also doesn't hurt that Maleficent and Cruella de Vil are fabulous villains,” Black laughs.

But when pressed to connect animation and being gay, it was Gaston from “Beauty and the Beast” that won Black's young heart.

“It must have been the chest hair,” the artist jokes. “I grew up in a very repressed and religious household, so the biggest connection between animation and my own homosexuality was only that there could be more that my life would have had me believe, that there was an entirely unexplored world just outside of the walls of my home.”

In 2005, after discovering the world outside the walls of his home, Black returned in order to give his talent some much desired educational direction. 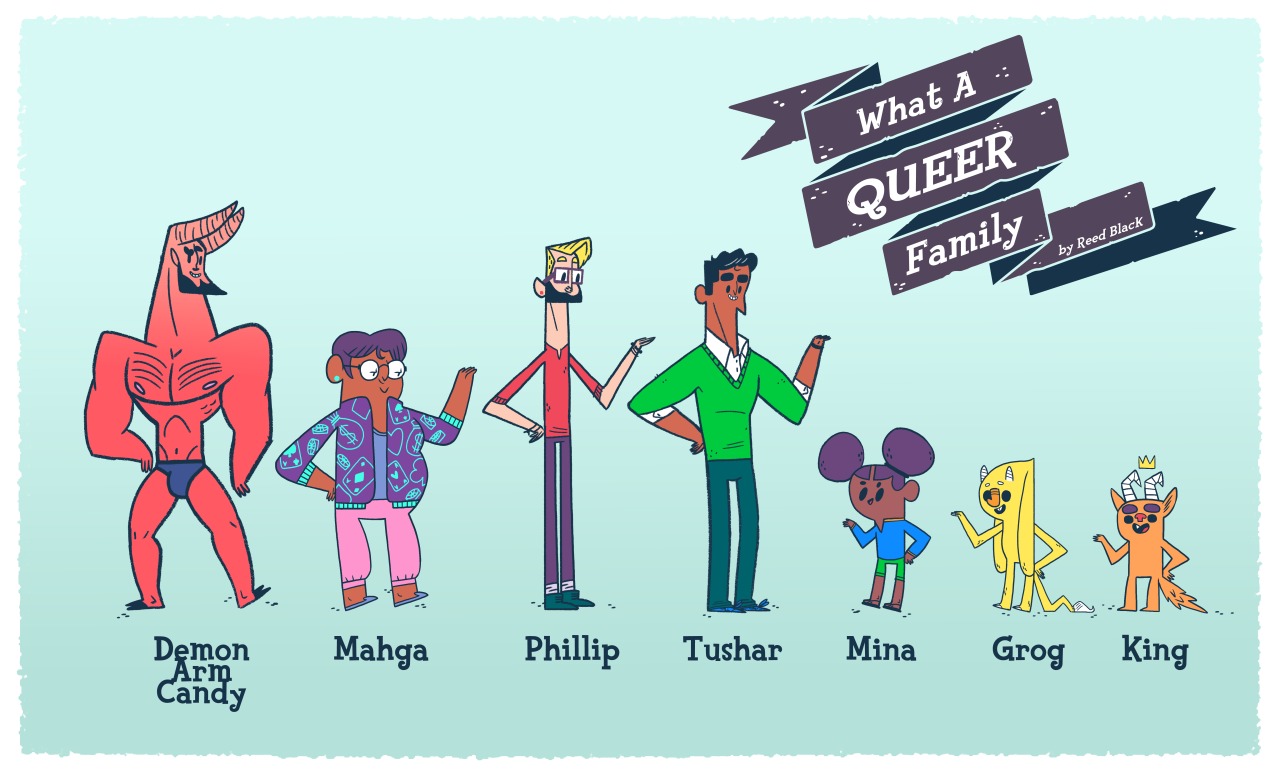 “I was doing graphic design work, working on a very naive web-comic, and while I was working on a page, I was thinking how much I loved making comics but how limited I was by my level as an illustrator,” he says. “There was so much about visual communication I didn't know about. It was there and then that I decided to go to college for illustration. So, after all that, illustration as a career has been and still is my life goal. “

In pursuit of that goal, he has steadily given himself to projects including freelance work and custom illustration. He has several projects for sale including the Golden children’s book-inspired “Zombie Boy is Lonely,” another comic “Duo” following two women – a princess and the warrior sworn to protect her – on a trek to save civilization as well as prints from his hipster-inspired Harry Potter and Spiderman series.

Black’s inspiration doesn’t stop there. He counts several illustrators including Quentin Blake, perhaps best known for his Ronald Dahl illustrations, among his inspirations.

“I've been inspired by a lot of things I'm a fan of. My eternal struggle is to properly distill and mix influences into a slightly jumbled up medley.”

In addition to his hands-on work, Black also created and hosts the Drawn This Way podcast, where he invites other illustrators to talk about “drawing, being gay and anything that pops into his head.”

So when will Black find the time to work on “What a Queer Family”? Like a true artist, Blacks says he’ll continue conjuring that magical and elusive free time he hears everyone talking about.