Gay Atlanta gets in giving spirit with Backpack in the Park 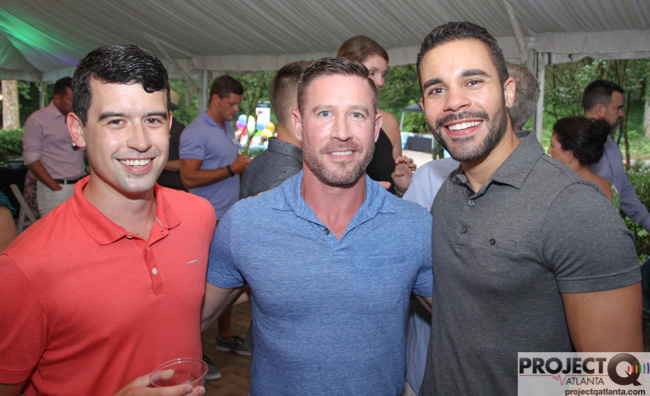 Gay Atlanta's giving spirit was on full display Saturday as Backpack in the Park collected scores of supplies – and backpacks, of course! – to help children in need.

The 12th rendition of the annual event unfolded at Frazer Center off Ponce de Leon Avenue. The event included live entertainment, cocktails, catered food and a silent auction all under a large tent tucked into the gorgeous greenspace of the hillside facility.

This year, Backpack in the Park moved from its traditional Sunday afternoon to Saturday evening. It's the latest change for the always-evolving event, which has been a carnival in Grant Park (2009), a festive Sunday in Piedmont Park (2010), an event with DJ Vicki Powell (2012), its first garden party at Frazer Center (2013) and a brunchy feel (2014). Last year's event included Backpack's usual crowd of LGBT supporters, volunteers and patrons – and even a mayoral candidate.