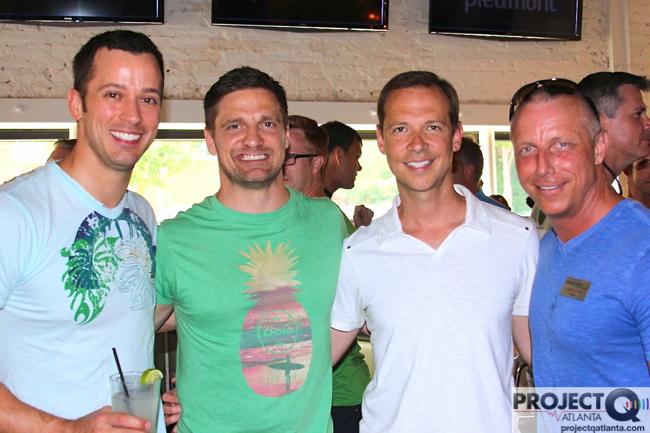 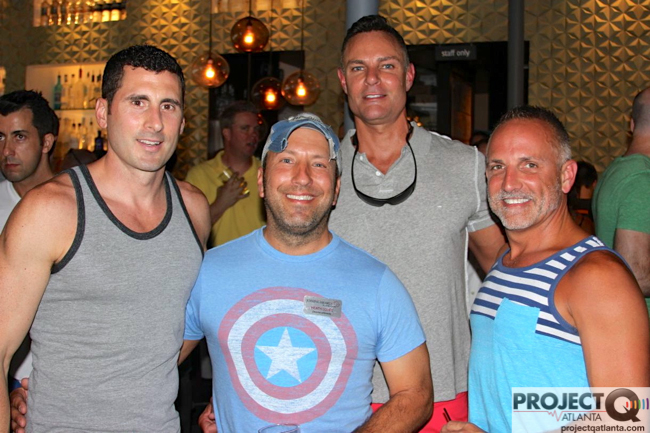 When you’re just six weeks away from gay Atlanta’s biggest summer pool party for charity, it’s time to put those Joining Hearts 26 tickets on sale and throw a party to raise the stakes on momentum-building events.

That’s just what happened on Sunday at 10th & Piedmont (gallery below). Dinner and drinks were served as the Joining Hearts hotties welcomed all comers to celebrate tickets going on sale to their 2013 main event. Throw in performances and a raffle, add cocktails and stir for an event that brought the gays out to play. The event followed a an already busy year. We’ve already seen Joining Hearts get its V-Day rocks off, fling for spring, do Sunday tea and kick off summer, to name a few.

Joining Hearts 26 (view “amazing” photos or scope just 2012's studliest studs), takes place at the Piedmont Park aquatic center on July 20 to benefit AID Atlanta and Jerusalem House. And hurry. It does sell out. Go get your tickets now or be sorry later. In the meantime, gear up for another pre-party. Up next, Saturday June 8 sees the Studs & Suds Car Wash in the parking lot behind Blake’s.