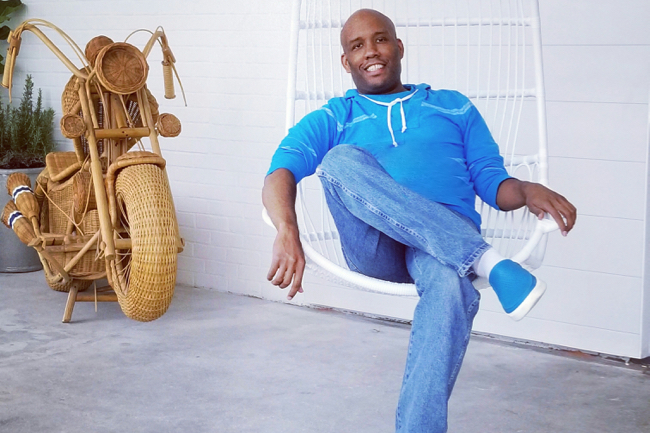 Brent Star is used to making people laugh for a living, but on April 4, he posted a serious request on Facebook: he needs a kidney.

The comedian and drag performer’s health problems started one night in 2016. He had trouble breathing and went to Grady Hospital.

“Then later on after they ran some tests to find out what the hell was wrong, they were like ‘Oh, your kidneys are messed up,’” Star (top photo) told Project Q Atlanta.

He’s been receiving dialysis treatments three times a week for a three-and-a-half hours a visit ever since. It’s cut into his performing time, causing him to turn down several gigs.

“I get too tired on the days I have to do [dialysis],” Star said.

Doctors told him that both kidneys are affected, but that you can live off of one healthy one.

“All this time I’ve been living off of fumes,” he said.

Star resisted going public with his search for a kidney donor because he didn’t want people treating him differently or feeling sorry for him. But he’s keeping his sense of humor intact.

“Hell, I didn’t want that slowing me down from getting a boyfriend,” he said. “I don’t want a dude to be like ‘Ewww, his kidneys are bad.’ You know? You don’t put that kind of information on Grindr.”

But Star said he knew he had to announce it sooner or later. Doctors told him it could take up to eight years to find a donor.

“Now that I’m approaching my third year, I was getting scared that I was going to miss my shot,” he said.

He posted a video on Facebook on April 4 revealing his search for a kidney and asking potential donors to fill out an online questionnaire with the Living Donor Program at Piedmont Healthcare.

“[Potential donors will] have to go through tests like making sure their heart is strong enough to withstand transplant surgery,” he said. “[Doctors] also have to make sure that that person’s kidney is up to their standards.”

Star said the response to the video was overwhelming.

“It made me glad I did it. So many people have shared the video,” he said. “Then there are some people who sent me messages that were just surprised. They want to get tested and see if they’re a match. It’s just like ‘Wow.’”

“I didn’t know who I would help by doing so. A lot of people are going through problems. When you reach out, you never know what kind of response you’re going to get,” he added.

Star said he plans on asking Melissa Carter, another prominent LGBTQ Atlanta personality, about her battle with kidney disease. Carter, the Georgia Voice columnist and former “The Bert Show” radio host, received a kidney transplant in 2002.

Carter said that reaching out to people for a donor is “a good lesson in acting out the value of your own life.”

“You need to see yourself as worth saving before you can ask others to do the same,” she told Project Q. “The journey to that life-saving surgery is 80 percent mental and only 20 percent physical. You have to learn to live in the moment, enjoy your doctors, nurses, techs and dialysis mates, and find happiness in the process.”

“In doing so, your appreciation for that gift of life you will eventually receive never fades, and you’ll use it to its full potential,” she added.

Star is looking for a donor with blood types A or O. Potential donors can call the Living Donor Program at Piedmont Healthcare at 404-605-4605, or fill out the online medical questionnaire here.