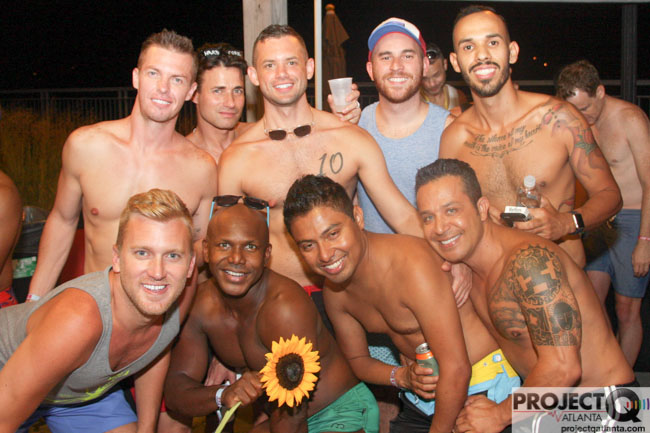 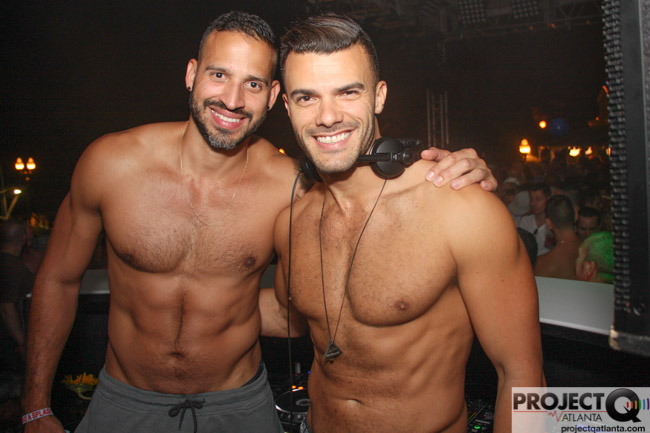 The highlight of gay Atlanta's swimsuit season unfolded on Saturday, filling the Piedmont Park pool with a sea of sexy and a sold-out crowd for a night of music and fireworks.

Joining Hearts 29 – dubbed “A Brand New Day” – was powered by DJs Luis Perez (top image left) from New York and Dan Slater (right) from Australia. It was a hashtag success – just like last year – and the pinnacle of a weekend that opened on Thursday with a swimsuit contest at Ten, continued with DJ Joe Gauthreaux at Heretic on Friday, included an after party at Jungle on Saturday with DJ Isaac Escalante, and DJ Alyson Calagna at Xion. Things wound down on Sunday evening with DJ Martin Fry and the Closing Party at Jungle.

Joining Hearts raises funds for HIV charities through the pool party and several other events throughout the year, including Change of Seasons, Love on the Rocks and Men of David. Since its inception in 1987, Joining Hearts has donated nearly $2.14 million. But the main event on Saturday was the group's first under an expanded mission and a change from donating to three non-profits focusing on housing for people with HIV to programs that more directly impact HIV diagnoses.