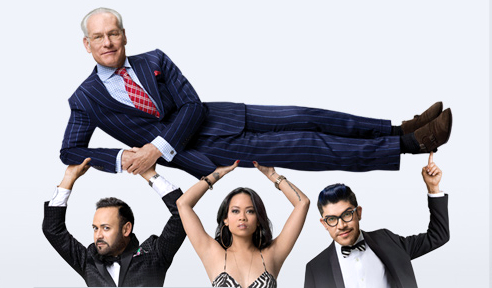 The newest off-season “Project Runway” spinoff hits Lifetime on Thursday with an extra reason for Atlanta’s gay fans to watch: Local menswear perfectionist Nicholas Komor is one of the hopefuls on Tim Gunn's new show, and he’s hosting a Mary’s watch party for the premiere. 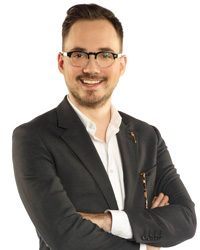 “Under the Gunn” finds gentleman mentor Gunn teaching past “Runway” contestants to be fashoin mentors themselves. Anya Ayoung-Chee, Mondo Guerra and Nick Verreos (top photo) each lead a group through drama, chaos and a runway judgement each week. Anya and the gays have competition stress of their own on top of the designers who are “Gunning” for the top prize.

But Komor's (second photo) Atlanta connection, sweet partner story and sad gay-intolerant family plot thickener may not mean you’ll love him to pieces when all is said and done. Can you spell V-I-L-L-A-I-N? We knew you could.

Arrogant and cold as ice, Nicholas has VILLAIN written all over him. His modular menswear is fresh and gender-bending, and his womenswear has a cool simplicity that reflects his impeccable tailoring skills and creative use of detail.

Born to Polish-American parents in the heart of the South, as a kid Nicholas often felt he was trapped between two worlds. He played the piano competitively for 11 years and intended to study music in college, but out of left field he changed his major to industrial design. When he didn’t get a callback for “Project Runway” Season 7, he enrolled in the London College of Fashion (Alexander McQueen's alma mater, Nicholas is quick to point out), where he fell in love with menswear. He admits he has a tense relationship with his family, pushing himself to excel in his career because that’s all he has to discuss with them. His parents don’t approve of his “gay lifestyle,” and have never met his long-term boyfriend. He's close to his older brother who has Down Syndrome—there's a heart in there! But Nicholas is a very tough nut to crack.