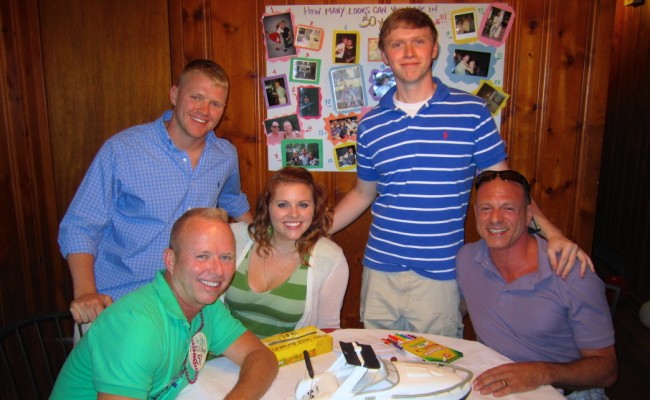 Loved and supported in “very conservative Republican area” in Atlanta’s ‘burbs isn’t just wishful thinking. Ed and Joe Stevens are living the dream and decided to share their story with the world. Ed and Joe, as well as kids Julianne, Cody and Cooper (top photo), got the Huffington Post’s “Family Friday” treatment last week. No, they didn't win a TV contest like that other gay Atlanta couple, but Ed still spills the couple's juicy whole story in a revealing profile, from his previous marriage to a woman, to his love connection with Joe, who he describes as “a hot single gay Italian living in midtown Atlanta -- the center of gay Atlanta.” “His friends could not believe that Joe was the one who was getting married, let alone married to a man with 3 kids,” Ed tells HuffPo. “They still can’t believe it.” 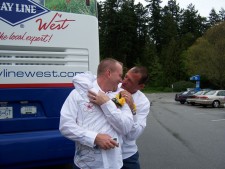 Ed also includes details on a romantic Centennial Olympic Park proposal and their 2006 dream wedding in Vancouver and admits to some ups and downs – like with his ex-wife and his parents. But love has gotten the family through the tougher moments, he says. The kids took the news best that dad is gay and Joe is here to stay (second photo).

I love my son Cooper's philosophy. He said, “Dad, I get it right out on the table and if they don’t like it, then I have not wasted any time on the person.” As for my son Cody, who was captain of the football team in high school at the time, his friends were like, “Cody get over it, we love your dad and Joe.” I think it truly shows the younger generation of children are far more supportive than we think.

Turns out Ed’s ex wife is now his best friend, and she loves Joe just as much. Ed's parents? Not so much. And full acceptance by neighbors OTP? It’s very real for this clan.

We are blessed that we have experienced no judgment and in fact when we discuss the real issues facing the LBGT community, they get a much better understanding than just the marriage issue and it always shocks them. … We live in the suburbs outside Atlanta in a very republican area of the state. I can honestly tell you, we have never experienced any negative judgment of us as a couple. Our neighbors love “Joe and Ed and their kids."

Check out every little detail of this gay Atlanta family who makes it work, and get a gander at a full gallery of Stevens family photos. Photos via Huffington Post