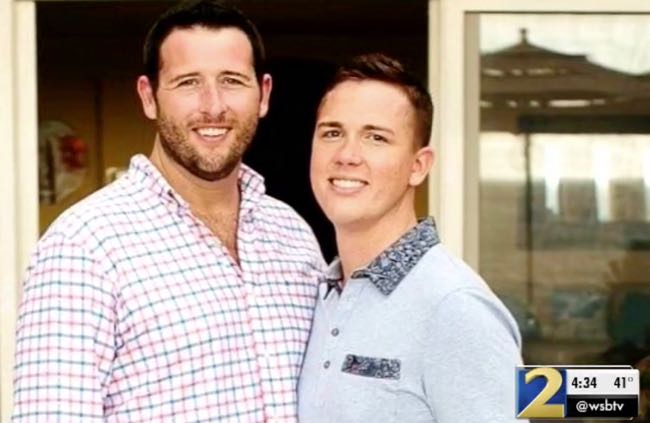 A gay couple in East Atlanta has security video of what they say is an Airbnb renter who hosted a party before robbing them of thousands of dollars of electronics, toiletries and linens.

Luke Dunn was out of town at a business conference when he viewed home surveillance video allegedly showing Williams and two others walking out of his home with flat-screen TVs, toiletries and linens.

Williams reportedly opened his Airbnb account earlier this month and had no reviews on his profile, according to WSB-TV.

“We took a leap of faith on this young man and tried to allow him to rent our Airbnb with no judgment and, indeed, he ended up unloading us,” Luke said.

“It appears that a party was then hosted at the residence,” the report said.

People were seen leaving the house the following day with multiple items. The last subject left about 6:30 a.m. Monday, according to the report.

“Mr. Dunn has video footage of the front of the location, a picture of Mr. Williams’ ID card, and was paid by credit card matching Mr. Williams’ information,” the report said.

The suspects also shattered a window and left trash and marijuana paraphernalia behind.

Luke Dunn told WSB-TV that the damages were in the thousands of dollars.

Williams is a Fayetteville resident, according to DeKalb police.