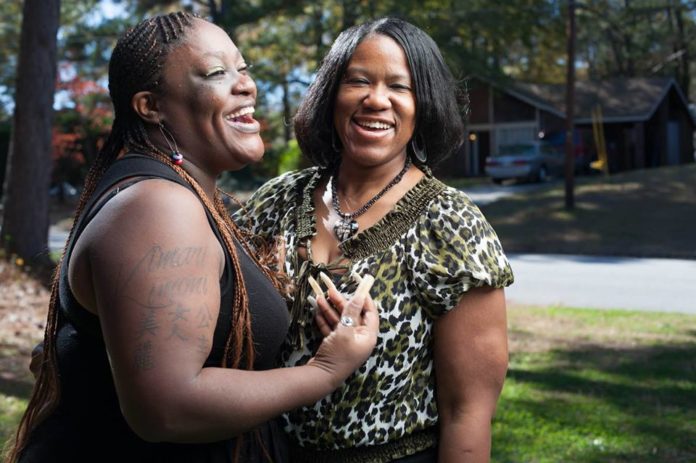 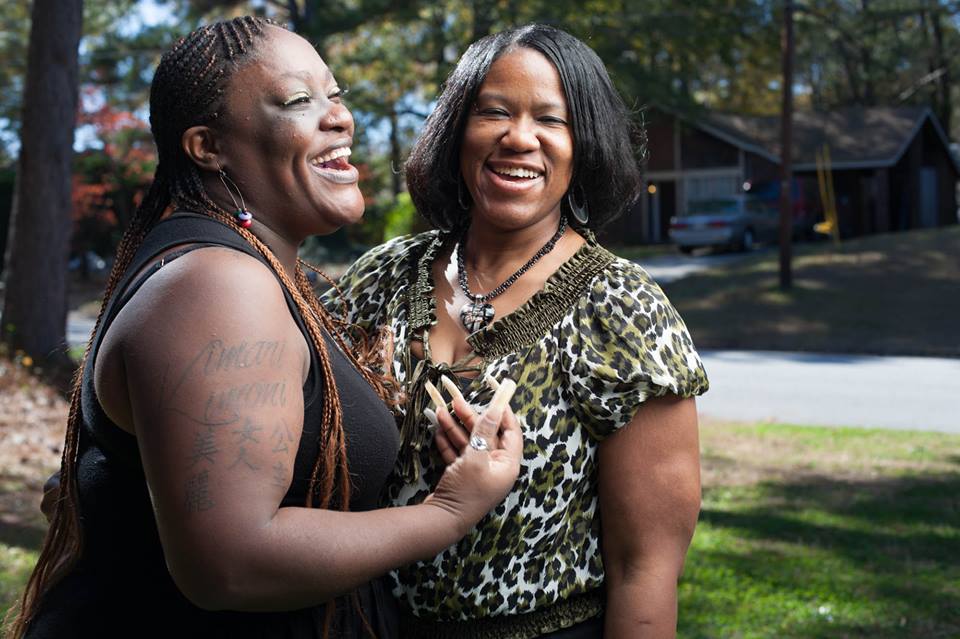 After making a splash nationally with a 10-day, nine-wedding “I Do Marathon” last year, a metro Atlanta lesbian couple isn’t content to stop. Continuing to spread the marriage equality love, they have seven more legal weddings planned in 2014, and you can join their journey.

The marriage marathon mission is simple for Chwanda Nixon and Kacey Frierson (photo). Kacey breaks it down in an open message to Project Q.

The reason we did this besides the fact that we love each other immensely and want to spend our lives together is to show our support of marriage equality and the fight we have to go through just to show and prove our love. Even after all this, none of the 8 marriages we had are even recognized in our home state of Georgia. So we are continuing our marriage marathon in 2014!

The Jonesboro couple is onto something that intown gays might learn. Not surprising, since Clayton County is officially the gayest county in metro Atlanta for African-American couples and the fourth gayest in the whole country.

Last year, national gay media took notice when the couple and their seven kids hit New York, Connecticut, Maine, New Hampshire, Vermont, Massachusetts, Maryland and D.C. to tie the knot. They even made year-end lists along with married celebrity couples in Rolling Out and Out magazines, as well as an in-depth profile last January in Out.

The couple welcomes company on six more stops in more states of wedded bliss in April.

The 2014 leg of the #idomarathon will be as follows:

Remember that everyone is welcome and we would love to see you!!

You can also follow their journey online. Congratulations, ladies! And many happy returns.