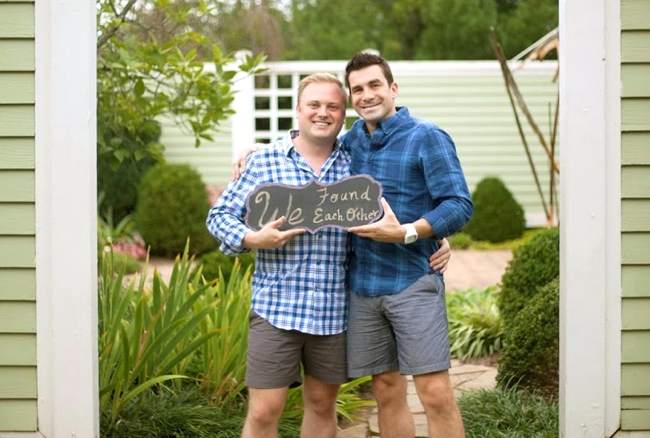 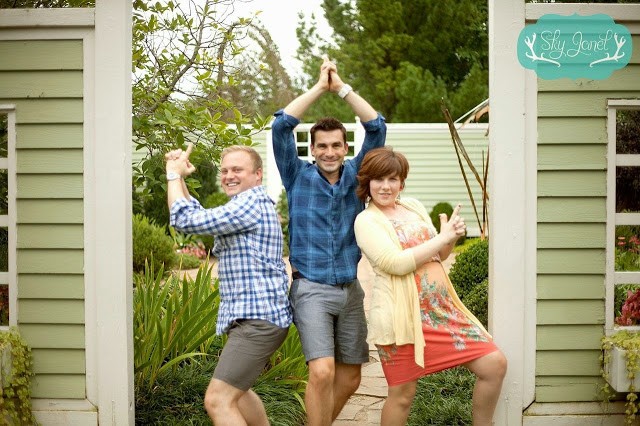 If you follow Real Modern Dads online or are among thousands simply wishing them well on a journey to parenthood, you’ll love this: Doug Spicer and Brent Munster are having a baby.

And you thought they were too cute not to pinch a year ago, long before they found a birth mother and were just blogging about it. Now Spicer announces the development – and its developing lady bump – in a Monday post (photos).

It was a whole summer ago, but it seems like only yesterday, that the little Munster – or is it Gayby Spicer? Little Gayby Spice Munster? – was just a sparkle in his daddies’ eye, but they knew even then that they didn’t want a surrogate and preferred adoption, they said in an in-depth Project Q interview.

“We definitely felt having two fathers, it was really important for us that our child knew their mother,” Spicer said at the time. “This way we will have met the mother. Even if the mother doesn’t stay – it’s kind of like you do a contract at the beginning, once the birth mother chooses you, how you want the communication to be. They have the first year and then ages 2-18. It completely depends if it’s just emails or pictures or maybe visits once a year.”

So far, it looks as if they’re manifesting their destiny. Congratulations, guys! 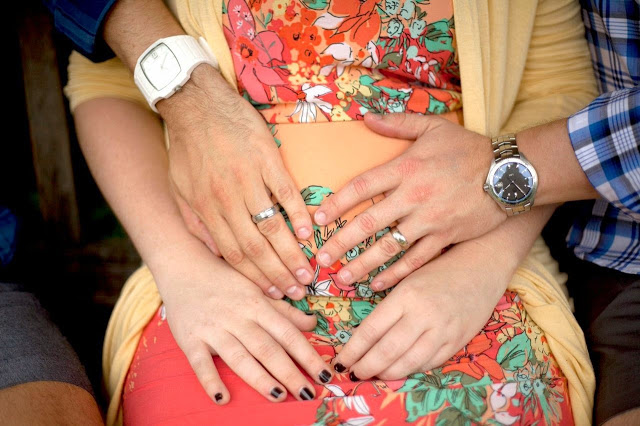