Gay Atlanta baker fights to save his business 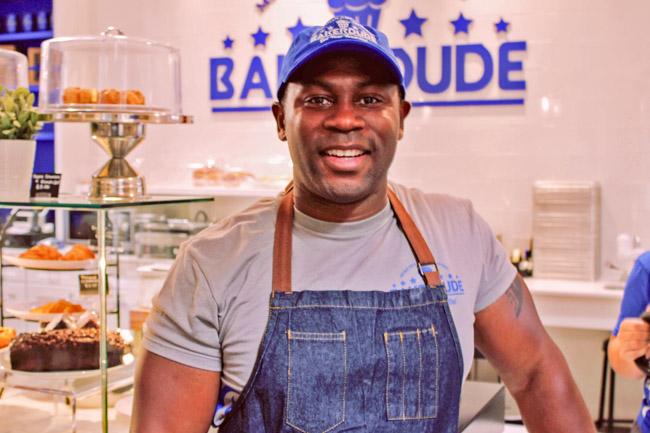 The out owner of Baker Dude has launched a $150,000 crowdfunding campaign to save his year-old business in Grant Park.

High startup costs and low foot traffic due to challenges with people locating the store have put its future in jeopardy, according to owner Orran Booher. He’s hoping to hold on through the completion of a 150-unit townhome complex next door called Pratt Stacks.

“The first set of homeowners are moving in this month,” Booher (photo) told Project Q Atlanta. “Even the people moving in in March are sending us some love saying to stay open until then.”

Booher said foot traffic should increase once people become more aware of the Beltline’s Southside Trail, which is adjacent to Baker Dude’s store in The Beacon shopping complex.

“So the Beltline, Pratt Stacks going in — it could potentially bring two to three hundred customers once it’s filled out,” he added.

A very slow summer led Booher to lay off some staff members. He plans on using the money from the crowdfunding campaign to rehire staff and pay off or consolidate loans. The campaign was created on July 24 and has raised about $5,000 with a $150,000 goal.

Booher started Baker Dude from his home kitchen in 2015 by selling cupcakes online. He later opened his first store in Peachtree Center then moved from there to a kiosk at SunTrust Plaza in 2017. He opened the 1,400-square-foot café in Grant Park in August 2018. The business now offers breakfast, lunch and dinner as well as catering.