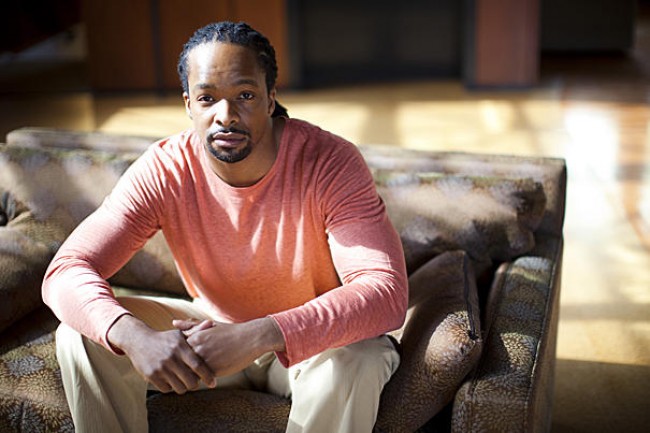 LGBTQ Atlanta's constellation of stars became even brighter this week when Emory professor and renowned gay author Jericho Brown became the 2020 recipient of the Pulitzer Prize for Poetry.

On Monday, Brown’s The Tradition beat out two other finalists for the poetry Pulitzer, joining past LGBTQ winners including Richard Blanco and Mary Oliver.

The Tradition brings violence in modern times into sharp focus, from domestic abuse to police brutality, acts of terrorism to racial inequities in society.

Brown was anticipatory but not nervous about the Pulitzer, he said in an interview about the win with the Emory Wheel.

“There is about a one in 300 chance of getting a Pulitzer, so there wasn’t a point in getting nervous, but I was still in front of my computer at 2:55 p.m. waiting for the 3 p.m. announcement.”

After the announcement that he had won, Brown found new ways to celebrate the accomplishment in light of the coronavirus pandemic.

“I really wanted to enjoy this, and I really wanted to relax,” Brown said. “Since I can’t go to the drag show or out to karaoke or the strip club because of COVID, I’m going to focus on the opportunities available to me, like introspection and meditation. I’m going to do that all the way in the same way I would have partied.”

Long before he joined Emory University as an English professor and director of its Creative Writing program, Brown was already making waves with his own published work. Popular titles under his belt include the American Book Award and Lambda Literary Award winner Please, the poetry collection The New Testament, and analytical tomes like Love in Contemporary American Gay Male Poetry and Until the Fulcrum Tips.

Brown has been named a fellow of the National Endowment for the Arts, and has stacked up local nods in Atlanta like spots at Decatur Book Festival and as a coveted panelist on issues concerning black gay men.

He was one of two black gay men winning a Pulitzer on Monday. Michael R. Jackson snagged the Pulitzer Prize for Drama for his play A Strange Loop. Past gay winners in the drama category include the likes of Tennessee Williams and Tony Kushner.

Jericho Brown’s The Tradition is available from Copper Canyon Press. Follow Jericho Brown on Instagram and visit his website. You can also find all of the Pulitzer Prize winners throughout history. Photo by Stephanie Mitchell via jerichobrown.com.