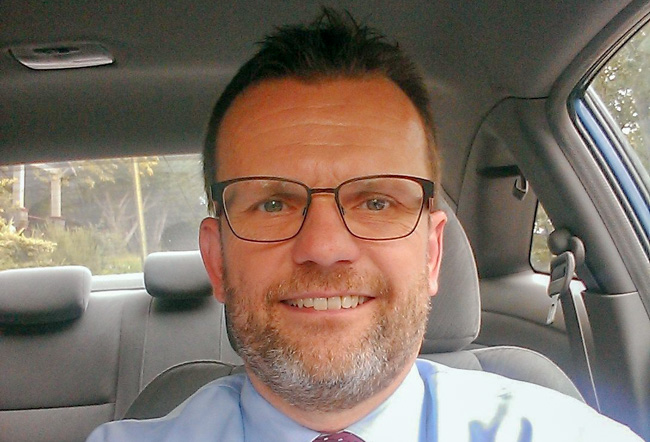 At least one gay attorney in metro Atlanta was among those nominated for a seat on the Georgia Supreme Court.

Stephen Scarborough (photo) was among the 101 lawyers and judges that made the list, according to the Daily Report. Scarborough is a criminal defense attorney with extensive work in HIV criminalization cases. In 1999, the Stonewall Bar Association honored Scarborough for his role in helping to overturn Georgia’s sodomy laws when he was a staff attorney at the Southern Regional Office of Lambda Legal.

“I do hope the person selected has a deep concern for fairness to the oppressed and deprived in our state, including people who may have made serious mistakes in life,” Scarborough told Project Q Atlanta.

The opening was created by the upcoming retirement of Chief Justice P. Harris Hines. Justice Harold Melton will succeed Hines as chief justice, leaving one spot on the bench. The court is expecting another opening once the U.S. Senate confirms Justice Britt Grant, who President Trump nominated to a spot on the Atlanta-based 11th Circuit U.S. Court of Appeals.

The Judicial Nomination Commission will narrow the list to about 30 for interviews later this month. Following the interviews, the commission will send its list of recommendations to Gov. Nathan Deal, according to the Daily Report.

However, those nominated often decline to pursue the post. Scarborough, who said he was “honored” to have been nominated, told Project Q Atlanta he hasn’t decided yet whether to apply.

“The application is a bit cumbersome for a longshot candidate, and there is enough daylight between the work I've done as a lawyer and Gov. Deal's apparent ideological preferences to make me think it's unlikely I would get an interview,” he said.

Scarborough did make a plea for Deal to diversify the court.

“I haven't researched the 101-person list to determine everyone's demographics, and it's the nominators, rather than the governor, who are responsible for the makeup of the list,” Scarborough said. “But if the Supreme Court is going to represent the people it affects, there's room for at least one more justice of color, a qualification that I don't have. I hope Gov. Deal keeps that factor in mind.”

Scarborough said he has until the end of the week to apply.

The full list of nominations, according to the Daily Report.