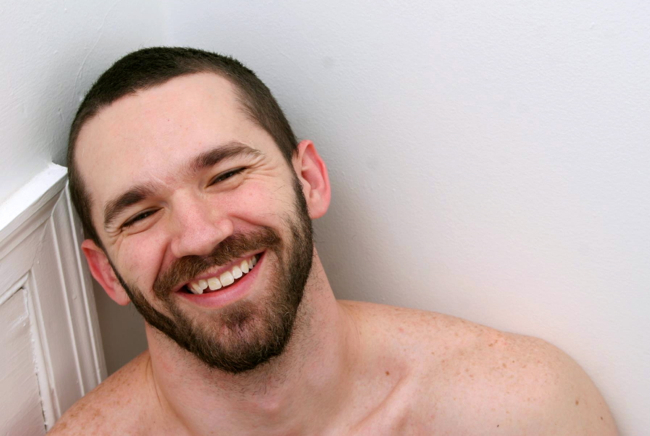 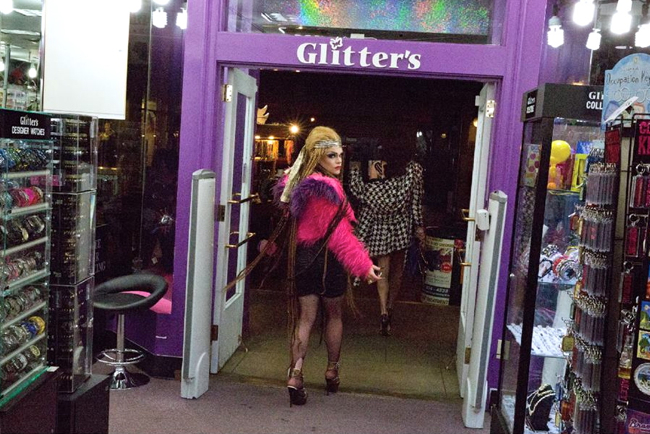 If you haven’t run into him working at Jungle, you may know photographer Blane Bussey best as one of the artists who made “Legendary Children” drag exhibit one of gay Atlanta’s hottest events of the year. Well, look out. He’s not done with 2013 yet. 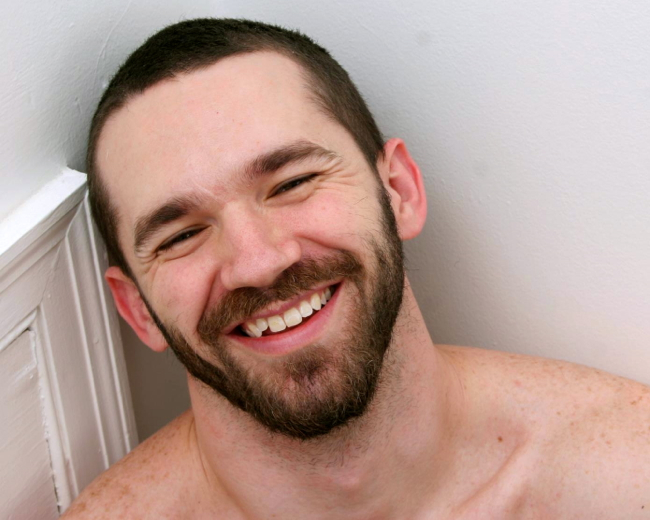 Bussey (second photo) introduces his latest collection of works at whitespace gallery on Friday. “Public Space” serves as an artistic study on the Atlanta drag queen in her unnatural habitat – local streets, parks, MARTA stations and other mass gathering places. The exhibit opening also includes a special edition of the “Tossed Salad” drag show on stage as part of the fun.

“Tossed Salad” queens on Friday are led by popular Bussey subject Brigitte Bidet. Expect performances by even more of his artistic muses, Ellisorous Rex, Cayenne Rouge, Lavonia Elberton and Mo’Dest Volgare (top and third photos, by Bussey). Most of them, plus drag doyennes like Nicole Paige Brooks, are also in the photo show.

“Whitespec [inside whitespace gallery] is a smaller space, and some of the prints are 60 x 40 sized,” Bussey says. “I wanted to do a more restrained edit after ‘Legendary Children.’ If there is anything I learned from the last show, less is more.” 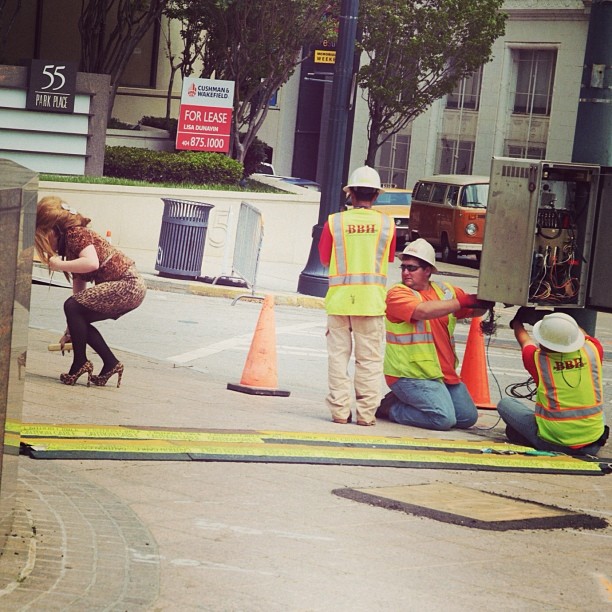 But his visionary concept and the reasoning behind it remain larger than face value.

“All the images from the show are out in public spaces in Atlanta with local drag queens,” he continues. “I feel like shooting Atlanta was a great backdrop because it demonstrates where the gay community is a whole. Some of the photos are about the newly found queer acceptance found in mainstream America. It was important for me to tell that story because it's reaffirming to see images like that. Other photos are about discrimination, or just being comfortable with you are no matter what your surroundings.”

Fayetteville native Bussey put a lot of thought into the exhibit and was inspired by a chance encounter with a large family while shooting Edie Cheezburger for another project. He tells us about that divine inspiration, its commentary on queer culture, and exactly why your fun, entertaining and self-accepting self makes you your own best promotion for gay rights.

What can we expect from “Public Space”?
I've been taking drag queens to pretty common places tied to Atlanta for the last year — Stone Mountain Park, the Atlanta Zoo, Centennial Olympic Park, Publix, Marta, the Beltline. This series is rooted a little bit in performance art — the queens are dressed up to go to a specific place, and the photographs document how they reacted to the world around them. It's very uncomfortable to walk into public places in broad daylight in the South if you are a queer person. Seeing this, I would focus on people's reactions to the queens in the space.

It appears we are living in a time where people are saying it's OK to be gay as long as you conform to traditional ideas of what masculinity and femininity are. There are echoes of judgment about gender roles within the gay community itself. This is my way of saying, the world becomes a much more exciting place when something different and unique is introduced onto the landscape. It's an even better place when those people are met with acceptance, not judgment. However, my work showcases various different reactions.

What led you to this project, and what does it say about drag and queer culture?
I was working on a series called “Queer Nature,” where I was interested in photographing gay archetypes in nature. At the time, I was working at the Eagle as the doorman, and I met Edie Cheezburger who was interested in posing for the series. While we were shooting at Sweetwater Creek, a straight Hispanic family of maybe 15 or so people approached us. There was this uncertainty where they looked at us, and we looked at them. I felt like both sides were gauging how to approach this situation.

But instead of ignoring each other, we introduced ourselves, we smiled, we shook hands. Soon they were taking pictures of Edie, picking her up on their shoulders for photos, and we were all laughing. That moment was really informative to me for the series, and shaped how I worked everything after.

So art can effect change and a wider acceptance for queers? Cool!
I think it creates an exchange, a dialogue, which is important to have in any city.

Also, if the art is interesting — if the performances are good, if the pieces are on point — you have won people over just by being entertaining. I think one of the main reasons queer people keep gaining acceptance in society is because we are so fun and self-accepting. You change minds that way. One of the nicest parts about this whole project was getting to witness people's acceptance. It's affirming for me to document moments like that because it shows progress.

We hear “Legendary Children” is headed to Savannah soon. What are the deets on that?
We're doing a one-night performance Thursday, Jan. 9, at Dollhouse Productions. The exhibit hangs until Sunday. What's exciting about this show is that we were able to get so many of the original queens (Ellisorous Rex, Lavonia Elberton, Brigitte Bidet, Violet Chachki, Kryean Kally, Cayenne Rouge, and Mo'Dest Volgare) to take time off to travel. We also have Nicole Paige Brooks Emceeing again [like the epic Atlanta finale].

We have all the original photographers, plus a new one, Maggie Towe. It's nice to be able to work with all the same people again, to have that conversation continuing between us. We'll also have live performances by the band Whitegold.

It’s a big gay weekend. Why make “Public Space” part of our gay agenda on Friday?
“Public Space” combines visual and performance art. Many of the queens photographed in the show are also performing in it so it gives the viewer a multi-faceted view of the performers. Brigitte's “Tossed Salad” is a monthly event that usually happens at Noni’s, which is right down the street on Edgewood from whitespace. So it's nice to work with a community of queens who regularly perform close to that venue who never disappoint.

“Public Space” hangs through Jan. 4 in the whitespec space at whitespace gallery, “so if you can't make it to see the performances, please come by to see the work,” Bussey says.