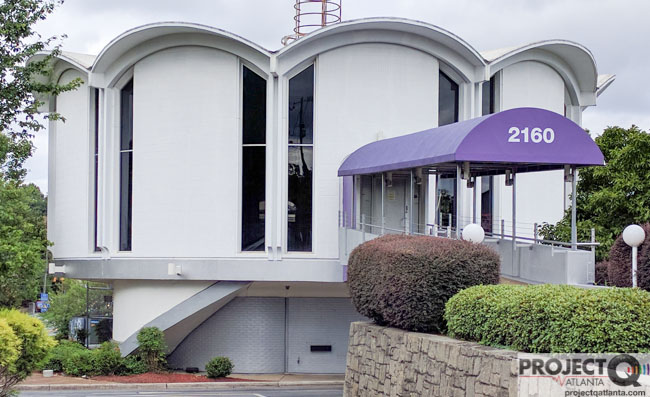 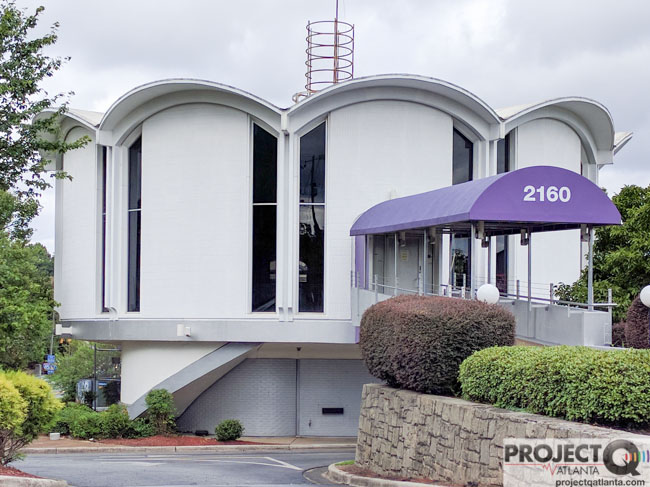 The futuristic round former bank building on Monroe Drive that's the work of famed gay architect Henri Jova is slated to be torn down and replaced with, wait for it, a five-story self-storage building.

Jova's design work and renovation projects transformed Midtown and earned him the title of Mayor of Midtown. He designed the round building in the early 1960s as a home for a new bank branch. Situated on Monroe just off the Buford-Spring Connector and Interstate 85, the highly visible building soon became an iconic structure.

Nevermind all of that now. David Blumenthal of Travis Pruitt & Associates wants to bulldoze it to make room for nearly 86,000 square feet of climate-controlled self-storage and limited retail with 28 parking spaces, according to Saporta Report.

Just up Monroe, RRB Development is proposing tearing down Proof of the Pudding, a popular catering and events company, to build an even larger self-storage facility – four stories and nearly 120,000 square feet, according to Tomorrow's News Today.

An existing Public Storage sits between the two proposed facilities. Several others are nearby or are in the works, according to Tomorrow's News Today.

It's little wonder that Jova's building – which in recent years has cycled through restaurant concepts and is now Cirque Daiquiri Bar – has twice been named to the Atlanta Preservation Center's list of endangered Atlanta facilities, according to Curbed.

News of the bank building's planned demise has prompted calls to save it. David Rinehart, Jova's longtime partner, told the Saporta Report how the building stood out from other bank buildings of its era.

“Henri was able to convince the conservative Trust Company of Georgia that a round building would be the perfect solution for the face of the bank,” Rinehart said. “It was different than the red brick, Greek revival building style of the other banks. At the time, the building really was a big step forward for modern design in Atlanta.”

This building is not just significant for being one of the few examples of early modern architecture in Atlanta. It is also unique in how Jova approached designing a futuristic and inviting building at a complex location.

“The round bank building is a significant mid-century modern building,” Rinehart said. “It’s an exciting building. The interior space is sort of a surprise – it’s exciting and calming at the same time.”

Jova and Rinehart married in late 2013 after being partners for more than 40 years. Jova died five months later – on Jan. 13, 2014. His work in Atlanta is legendary. Via Curbed:

The Saporta Report published an obituary recognizing Jova as “the last of a generation of young architectural imports to Atlanta in the early 1950s.” His reverence for the city's history — yes, you read that right — led him to several preservation projects, including the restoration of the original Underground Atlanta, the site reports. But his imprint on Atlanta landmarks hardly ended there.